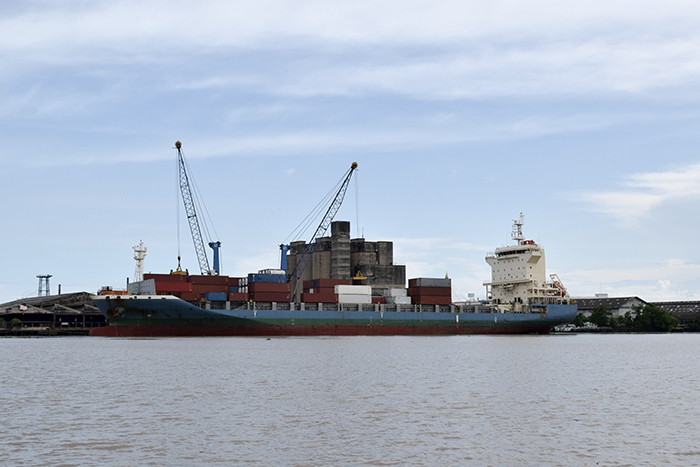 Ports across India are upgrading their facilities to handle higher volumes.

Container volumes at India’s major, or public, ports increased 8.2 percent year over year in the first two months of fiscal 2017 and 2018, but steady growth at top port Jawaharlal Nehru Port Trust (JNPT) is key to maintaining that momentum.

The country’s 12 major ports together handled 1.5 million TEU during April and May, compared with 1.4 million TEU in the corresponding months last year, according to port statistics analyzed by JOC.com.

Of that, JNPT accounted for 821,000 TEU, an 8.4 percent increase from 757,000 TEU previously, commanding about 55 percent of Indian containerized cargo shipped via major ports. An analysis of JNPT data shows APM Terminals-operated Gateway Terminals India was the main driver of that increase, with volume up 22.2 percent to 344,229 TEU from 281,739 TEU in the same two months of 2016.

To position itself to handle expected growth from a fourth container terminal scheduled to open at the end of this year as well as an under-construction Special Economic Zone, JNPT has stepped up investments in railroad connectivity infrastructure. Those upgrades could accelerate the productivity improvements that have come from gate automation and other ease-of-doing-business measures, especially the direct port delivery (DPD) push by Customs, introduced at the top port.

Chennai Port’s two-month volume increased 5 percent year over year to 257,000 TEU from 245,000 TEU, giving hope of a turnaround to the East Coast public harbor struggling to regain traffic lost to private rivals. However, a new Adani Group terminal scheduled to begin operations in the coming days at the Ennore port, just 15 miles away, could further pressure Chennai’s turnaround efforts.

The Rs. 724-crore (about $110 million) first phase of the Adani Ennore Container Terminal includes a 400-meter (1,312 feet) quay, four rail-mounted quay cranes, 12 rubber-tire gantry cranes, and a capacity to handle 800,000 TEU per year. When completed, the project will have a 730-meter quay line and an annual capacity of 1.4 million TEU. Notably, Ennore has easy access to the interstate highway system, which remains an issue for truckers at Chennai.

Roughly 70 percent of India’s total container trade is handled through major ports, which are in the midst of a major infrastructure overhaul to shore up productivity and efficiency in the wake of growing competition from private rivals.