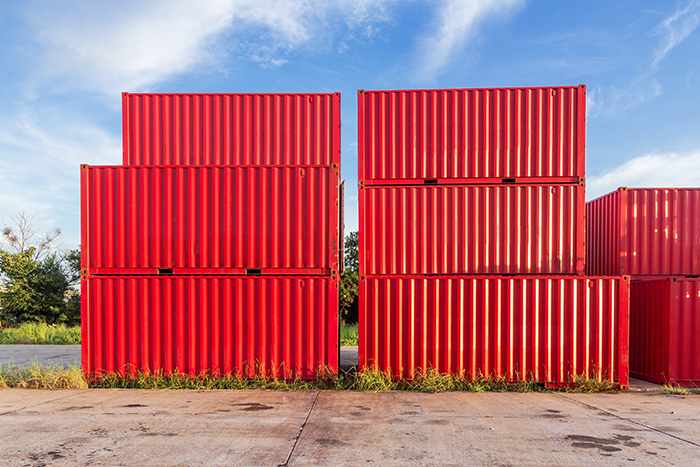 Traffic declined at India's top port in January despite success in increasing productivity.

Productivity gains and infrastructure improvements at JNPT and elsewhere fueled a steady pickup in container movements through the first three fiscal quarters, but if JNPT’s volumes don’t recover before the end of the fiscal year in March that record trajectory could be derailed.

Total container growth at India’s public ports inched up only 1.7 percent in January to 708,000 TEUs, according to an analysis of port data by JOC.com. While that slow growth was weighed down primarily by the decline at JNPT, flat volume at Chennai Port, the busiest east coast gateway, with 130,000 TEUs, also played a role. 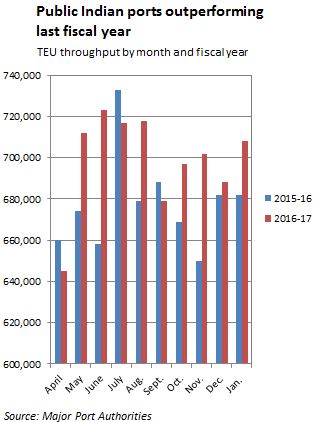 Although a record year may go out of reach for India’s major ports, the cumulative totals are still encouraging, with traffic in the April-to-January period up nearly 4 percent year-over-year to 7.02 million TEUs as a result of strong performances at smaller major ports. Traffic at Kolkata rose 17 percent from 544,000 TEUs to 635,000 TEUs while Tuticorin, or V.O. Chidambaranar, increased 6.5 percent from 497,000 TEUs to 529,000 TEUs and Visakhapatnam rose 31 percent from 234,000 TEUs to 306,000 TEUs.

“Improved customer confidence, i.e. from shipping lines, shippers, and consignees, has been one of the major contributors to the success of ICTT,” the company told JOC.com.

Although January traffic declined at JNPT, it has been working feverishly to continue reducing container dwell times and automate key processes to boost productivity so that it can remain competitive with its private rival Mundra, which is working to double its capacity to 6.6 million TEUs.

Mundra’s owner Adani Ports and Special Economic Zone has been reaching out to shippers to lure cargo, most recently hosting a public sessions Rudrapur, Uttarakhand state.

“By virtue of its strategic location, the port of Mundra enjoys a distance and cost advantage over the traditional gateways serving the vast hinterland of Northern India,” officials told attendees.

In another major gain for the private port, state-owned rail operator Container Corporation of India at the meeting agreed to operate regular weekly trains between the Rudrapur inland depot and Mundra, and also announced “early bird” tariff discounts to attract freight volumes.