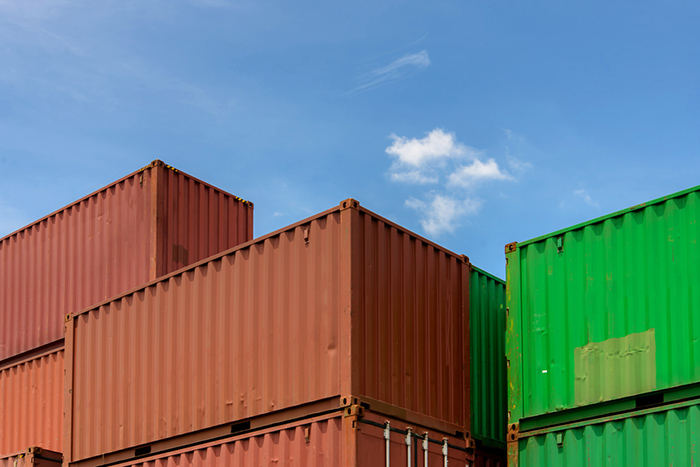 In a report to the Ministry of Shipping, the agency listed a series of arbitrary rate actions by carriers and terminals on DPD cargo handling and called for stricter regulations to create transparency across the supply chain.

Besides inconsistent pricing and overpricing concerns, carrier lines are not providing round-the-clock services to facilitate timely clearance of DPD cargo in-line with a previous public notice, and also are said to be creating documentation hurdles at the time a delivery order is obtained, according to the report.

Customs also said JNPT’s three private terminals — one operated by APM Terminals and two by DP World — are not following approved guidelines on shifting charges for DPD containers, meaning an additional shifting fee is levied on such shipments that have an extended 72-hour timeline, compared with 48 hours normally, for direct clearance.

“It is also noticed that all terminals are charging second-shift charges whenever containers of DPD importers are selected for examination and sent to a CFS [container freight station] within 48 hours,” the agency stated.

Citing infrastructure bottlenecks, Customs emphasized the need for a dedicated truck lane for speedy import discharges, as empty trucks arriving to pick up DPD containers have to wait in lengthy lines to get in and out of terminals.

Additionally, Customs said port and APM Terminals authorities should take immediate steps to complete gate automation at their respective terminals to speed up truck turnaround times. DP World earlier this year set up an optical character recognition technology-based gate processing system at its new JNPT terminal, a first at Indian ports, following the introduction of an electronic application, dubbed "Smart Gates,” at its flagship facility in 2015.

The controversy surrounding extra charges for DPD traffic has been making headlines since the system was simplified and expanded in February 2016. Following a government directive to streamline DPD pricing, JNPT in January approached the Tariff Authority for Major Ports with a proposal to have a common tariff scale for DPD handling across all terminals and after stakeholder consultations, and the port regulator capped charges at 1,688 rupees (about $26) per TEU and 2,532 rupees per FEU for handling direct discharges. However, the two private operators continued to apply varied rates that reportedly amounted to 2,212 rupees per TEU and 3,318 rupees per FEU at DP World Nhava Sheva, and 1,800 rupees and 2,700 rupees at APM Terminals Mumbai, which led to Customs’ latest action.

The traditional CFS delivery model at JNPT had long been an attractive source of revenue for supply chain providers and, as such, most of those players appear somewhat loathe to push the new procedure, according to industry sources.

“One of the major challenges both in further enhancing the coverage of DPD and in ensuring that the DPD registered entities continue to avail of DPD in respect of all consignments imported through Nhava Sheva [JNPT], is the lack of cooperation from the shipping lines and in some cases, from the terminal operators at Nhava Sheva,” a ministry official said.

Despite those challenges, JNPT’s DPD share reached a new high of 35 percent in November, or 44,256 TEU out of total monthly imports of 127,142 TEU.

Canada Trade and Shipping Outlook
TPM22: What We Learned — Container Shipping in the Crosshairs
Managing E-Commerce From Order to Delivery and Beyond
END_OF_DOCUMENT_TOKEN_TO_BE_REPLACED