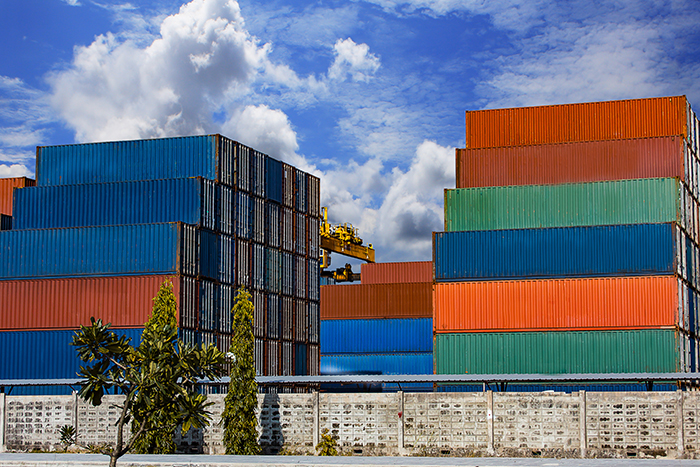 Enhancing port productivity and reducing logistics costs have been a key focus of the Modi administration. Photo credit: Shutterstock.

Jawaharlal Nehru Port Trust (JNPT) is struggling to increase its share of rail volumes, despite various pro-active measures, as India steps up the pressure on transport-related agencies to improve supply chain efficiency.

Intermodal lifts at the country’s top port during November fell to 14.5 percent from 16 percent in the prior month, after hitting a high of 17 percent in August, according to a JOC.com port statistics analysis.

As a result, JNPT is facing a hard time meeting government goals regarding road-to-rail freight conversion, as part of a larger program to shore up productivity, as its rail traffic share in the April-to-November period slowed to a long-term trend of 15 percent.

The analysis also shows rail volumes have been shrinking across all terminals in the public harbor, with those shares during November as follows: state-owned Jawaharlal Nehru Container Terminal, to 10.4 percent in November from 10.8 percent in October; APM Terminals-operated Gateway Terminals India, to 16.7 from 17.2 percent; and DP World’s Nhava Sheva International Container Terminal, to 16.8 percent from 22.5 percent.  DP World’s second facility — Nhava sheva (India) Gateway Terminal — also had a sharp fall, to 14.3 percent from 20 percent.

APMT Mumbai officials told JOC.com that the company remains committed to offering strong rail support to the trading community within its hinterland. However, they said terminals in Gujarat, such as Mundra, Pipavav, and Hazira, are closer to the northern corridor and, as such, they enjoy a price advantage over JNPT for railed cargo from that region.

“As terminals in Gujarat are cost effective due to lower rail freight on account of their proximity to NCR [national capital region] and other major cargo clusters in northwest India, these volumes tend to get serviced from Gujarat terminals,” the company said. That tendency is also driven by the fact that all mainline carriers using JNPT terminals have regular calls at one of the terminals in Gujarat, according to the company.

Officials at JNPT and DP World Nhava Sheva were unavailable for comment.

JNPT handles more than half of the containers passing through India’s major public ports. Despite growing competition from private rivals and other challenges, port officials remain upbeat about their ability to push growth with ongoing ease-of-doing-business efforts and capacity upgrades, including the impending addition of a new PSA International mega-terminal.

Enhancing port productivity and reducing logistics costs have been a key focus of Narendra Modi's administration, which enabled the emerging Asian economy to move up 30 places to 100 in the World Bank’s 2018 ease-of-doing-business global rankings.

Authorities are taking further steps to build on that momentum, with the government in its supplementary 2015 to 2020 foreign trade policy, published this week, unveiling a plan to create a dedicated logistics division within the Ministry of Commerce and Industry to deal with challenges facing the sector and suggest remedial measures.

That move comes shortly after the government granted “infrastructure status” to the logistics industry, facilitating existing and potential investors access to cheaper capital for growth.

“The planned activities for the logistics division shall have an impact not only on the domestic movement of goods by bringing down the overall cost and increasing the speed and ease of goods movement, but shall also contribute towards making Indian goods more competitive in the global market,” Union Commerce and Industry Minister Suresh Prabhu said.