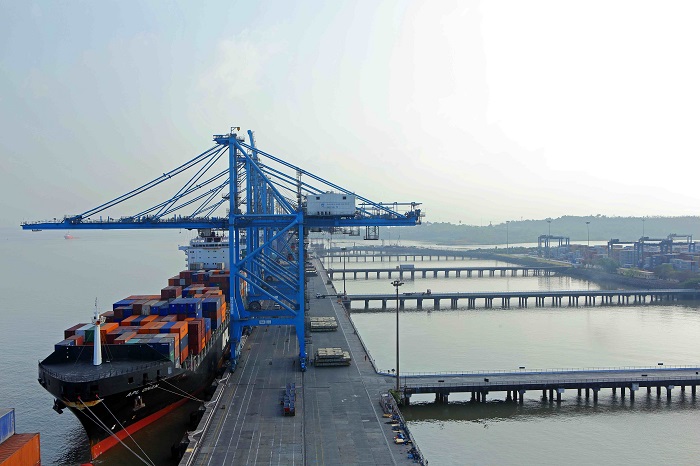 Shippers using Jawaharlal Nehru Port Trust (JNPT) benefited from much improved productivity and trade services last fiscal year, including automated processes and closer stakeholder coordination, but their participation in the port’s road-to-rail freight conversion program did note an increase — and this was despite government incentives and pressure.

And, not surprising, JNPT’s over-the-road traffic share was also static, at 84 percent, with trucks handling 4.06 million TEU, compared with 3.8 million TEU previously, according to the analysis.

JNPT represents nearly half of India’s total container freight and, as such, a larger freight shift from trucks to rails is viewed as an effective way to relieve pressure on space-constrained landside operations that intermittently cause congestion and gate closures at the public harbor. Such occurrences in recent weeks slowed operations at terminals operated by APM Terminals and DP World, and customs authorities have scheduled a Thursday meeting with various stakeholders to weigh remedial measures.

The government of India has been pushing authorities at major public ports, particularly JNPT, to scale up their intermodal volumes to tackle notorious congestion issues and, in turn, prevent shippers from diverting cargo to privately operated minor ports, which have ample spare capacity and sophisticated infrastructure, including speedier rail-handling.

Radio-frequency identification services provider DMICDC Logistics Data Services, in its various productivity reports, attributed the rail sluggishness at JNPT to the absence of on-dock infrastructure capable of operating dedicated trains for each terminal, instead of the complicated “inter-terminal, mixed train” system currently used during operations.

“Mixed container stacking at [the] yard of a different terminal leads to challenges in retrieving the same and at times, leads to the possibility of containers missing the vessel and loss of revenue for the shipping line,” the agency stated.

The other, longstanding stumbling block at JNPT has been the price differential between rail and road. Moreover, although the port sought to allay that concern with an equalized, common terminal tariff plan, started in early 2017, more competitive point-to-point intermodal rates and better services still remain the bigger draw for shippers.

JNPT has been working closely with the Ministry of Railways and intermodal operator Container Corporation of India to augment rail capacity and streamline operations and to that end, efforts are under way to set up a “common rail yard” for all terminals.

However, authorities see Indian Railways’ under-construction, dedicated rail freight corridor — linking JNPT with northern hinterland points — as their best, long-term bet to address shippers’ frustrations with connectivity limitations. The need for that rail freight corridor has been magnified after the opening of PSA International’s facility in February; it has a 2.4 million-TEU capacity.