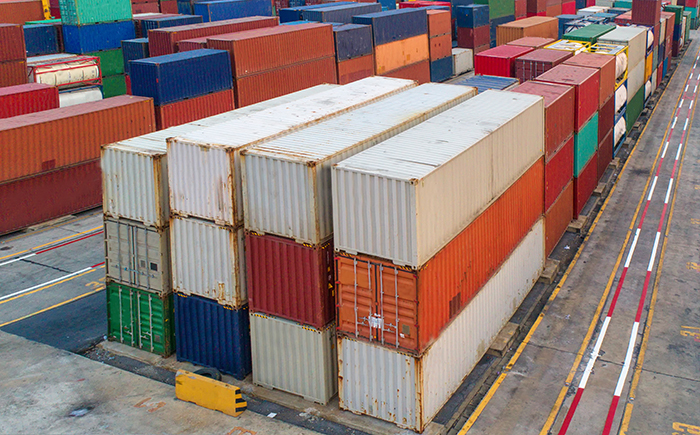 Containers backing up on the docks of Jawaharlal Nehru Port Trust are weighing on the growth of India's container throughput.

The recent congestion that has snowballed into a tiff between Customs and APM Terminals Mumbai at Jawaharlal Nehru Port Trust cut deeply into container volumes moving via India’s major public ports in February.

An analysis of new port statistics collected by JOC.com shows total throughput at major ports last month was down 6.5 percent year-over-year to 632,000 twenty-foot-equivalent units from 675,000 TEUs. Of that, JNPT contributed 334,567 TEUs, a decrease of about 9 percent from February 2016. However, that translates into more than 50 percent of the containers passing through major ports.

Chennai Port continues to struggle with throughput growth amid growing competition from private rivals as volume in February fell 9.3 percent year-over-year to 107,000 TEUs, according to new data.

JNPT and Chennai together account for roughly 80 percent of India’s overall container trade through major ports. Although the congestion has had an impact, officials at APMT Mumbai told JOC.com that the terminal is operating smoothly and that gate moves hit 4,400 TEUs on Tuesday.

JNPT’s 11-month traffic edged down 0.4 percent year-over-year to 4.09 million TEUs from 4.1 million TEUs, creating some uncertainty as to whether the port will be able to reach or surpass last fiscal year’s all-time high of 4.49 million TEUs.

Thanks to expanded hinterland reach and new service additions, DP World-operated International Container Transshipment Terminal, or Vallarpadam Terminal, at Cochin pushed its April-to-February volume up by 17 percent year-over-year to 446,000 TEUs from 381,000 TEUs.

“We have ensured better coordination with trade bodies in all aspects of shipping, including operations and documentation, and that has helped in gaining and maintaining the momentum,” DP World Cochin CEO Jibu Kurien Itty told JOC.com.