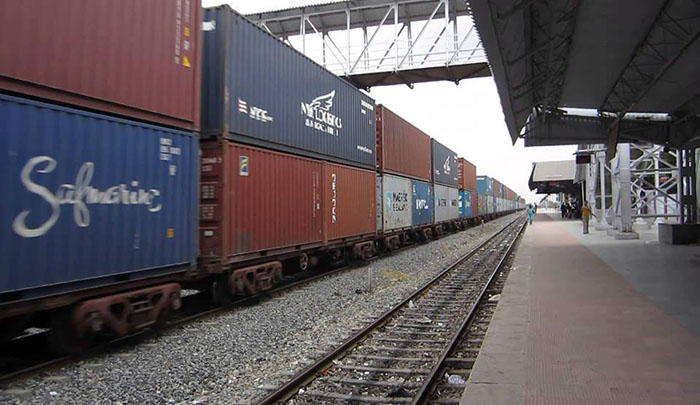 In an attempt to cope with expected volume growth and improve productivity, Jawaharlal Nehru Port Trust, India’s largest public container handler, has embarked on a plan to build an inland port at Jalna, about 225 miles from the Nhava Sheva harbor.

Indian Shipping Minister Nitin Gadkari laid the foundation stone for the dry port project, a first-of-its-kind investment by a major port trust in the country, at the site last week.

The inland cargo facility will be built on more than 457 acres of land near the industrial town of Aurangabad, and the port administration already spent roughly Rs. 90 crore (about $14 million) on land acquisition and related costs.

“JNPT is poised to operate as one of the largest major container ports of India, with an upcoming container handling capacity of almost 10 million 20-foot-equivalent units,” the port authority said in a press release. “The port envisages the need to establish extended logistic facilities in the hinterland to facilitate and enhance the overall operations at the port.”

The specifics of the project have not been announced, but container storage and handling at the new facility could help alleviate some of the congestion at JNPT.  Congestion and delays, caused by volume surges and disruptions, have been a major source of concern for shippers and ocean carriers using JNPT.

“This dry port may cater to a number of activities currently being carried out at JNPT, thus having a direct impact on improvement of port performance parameters and leading to increased port efficiency,” the port said.

JNPT said the dry port will allow shippers to carry out cargo consolidation and distribution activities at the site. It will also have temperature-controlled storage space and rail connectivity infrastructure. In addition, there will be a “customs bonded area” to handle import and export procedures, according to the statement.

“Establishment of a dry port at Jalna results in a significant reduction of costs incurred by industry players in transportation of goods from Aurangabad to JNPT,” the port said.

JNPT accounts for roughly 60 percent of the containers moving via India’s 12 major public ports and about 40 percent of the nation’s overall containerized ocean trade. A fourth container terminal under construction by Singapore's PSA International will add 4.8 million 20-foot-equivalent units of annual capacity at the west coast complex when the $1.2 billion project is completed.

The port is also building a special economic zone close to the harbor in an effort to generate additional export traffic.