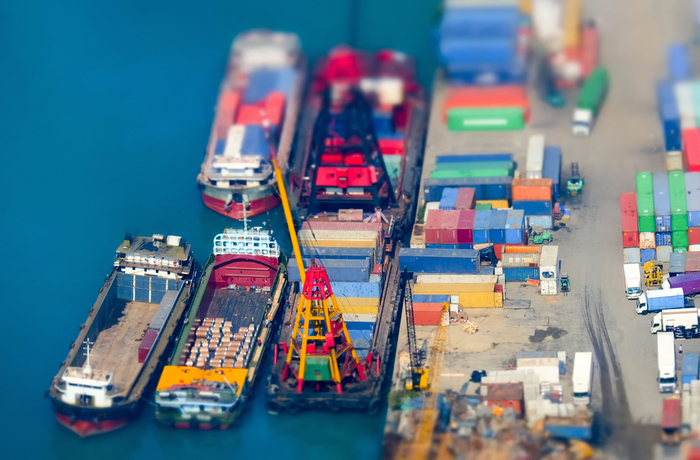 An alliance of Hong Kong marine terminals has simplified how barges serve the port with the aim of becoming more competitive for transshipment cargoes and reversing a steady decline in throughput.

The Hong Kong Seaport Alliance (HKSPA) — consisting of Hongkong International Terminals, Modern Terminals, COSCO-HIT Terminals, and Asia Container Terminals — said last month it standardized operation policies for the 12 dedicated barge berths. The group also implemented a single berthing arrangement by zone and rolled out what the alliance called a “favorable dockage scheme.” Details on the latter have not yet been released publicly.

The alliance’s “adoption of the terminal-neutral model and standardization of operations policy is expected to shorten our turnaround time, improve our slot utilization, simplify administration, and provide us with more flexibility,” Ellis Chung, chairman of carrier group Guangdong and Hong Kong Feeder Association, said in a statement.

The Hong Kong barge berths handle 100 daily calls, providing connections to more than 100 terminals in South China and 200 global weekly services. Despite the barge, feeder, and global service connectivity, declining throughput at Hong Kong has pulled the hub from the busiest global port to the seventh. In September, the port recorded its 20th consecutive month of falling year-over-year volume and has grown its annual container throughput in just four of the last 10 years.

The efficiencies agreed upon by the alliance are crucial in improving the competitiveness of the port and more are being discussed, Modern Terminals CEO Peter Levesque said at the JOC TPM Asia conference in Shenzhen in early October. “We are talking about creating more efficiency with the operations we have, and sharing that with carriers, having ships come in and out faster,” he said.