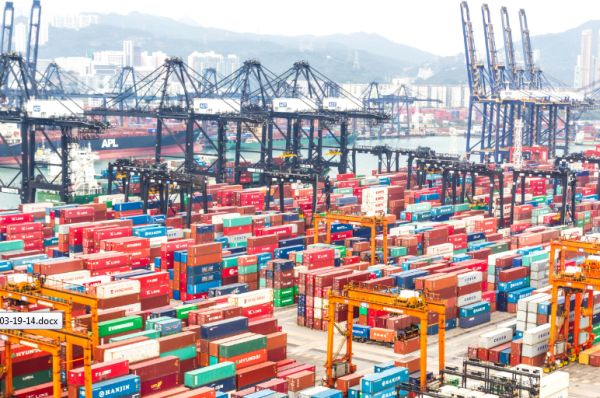 The port of Hong Kong, which is already losing container market share to rival Chinese ports, faces further “significant” decline in volume following the launch of the P3 Network alliance, according to Alphaliner.

Hong Kong saw traffic fall 3.3 percent in 2013, the largest decline among the world’s Top 20 ports, the industry analyst said. This pushed Hong Kong, the world’s biggest container hub between 2000 and 2004, to fourth place in the global league rankings behind Shanghai, Singapore and Shenzhen.

Hong Kong, which has faced increased competition from other Pearl River Delta ports in recent years, faces further loss of market share to South China ports later this year through shifts in ocean carrier alliances, Alphaliner predicts. The P3 carriers – Maersk Line, Mediterranean Shipping Co. and CMA CGM – will cut the number of Hong Kong calls on their westbound strings to Europe from six to three when they launch their alliance this spring, pending regulatory approval, “which could result in significant volume loss for the port,” Alphaliner said.

The world’s Top 20 ports posted average growth of 3.3 percent in 2013, according to Alphaliner. Chinese ports booked the biggest increase and the biggest decline: Dalian boosted traffic by 22.9 percent to 9.9 million TEUs, while Xiamen slumped 11.2 percent to 8 million TEUs.

ACT owns and operates a 740-meter berth with a capacity of 2 million TEUs per year. The berth is adjacent to the Cosco-HIT terminal, and together they form a contiguous 1,380-meter berth that can handle container ships of up to 19,000 TEUs.