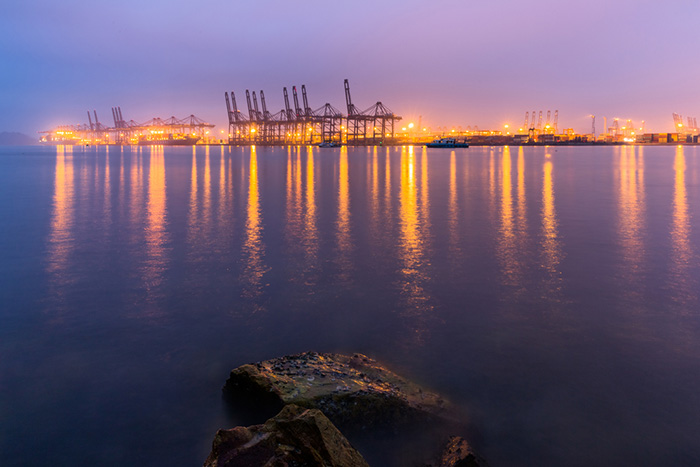 Throughput at China’s top container ports expanded in 2015 but figures show a trend of slowing growth amid softer global demand for Chinese-made goods and macroeconomic uncertainty.

The growth rate is around 1.8 percent below that achieved the previous year when throughput at the top 20 ports expanded by 5.5 percent.

At 36.5 million TEUs, Shanghai handled 12 million TEUs more than its closest rival, Shenzhen. The number of containers that crossed the wharves in Shanghai was 3.5 percent higher than in 2014, compared with 5 percent growth the previous year.

Ningbo-Zhoushan port, China’s third-busiest port, handled 6 percent more containers in 2015, a strong showing but well below the 12 percent achieved the previous year. Ningbo-Zhoushan lifted 20.6 million containers in 2015, surpassing the 20 million mark for the first time in its history and joining an elite club of just four other ports worldwide that have passed that milestone.

Rounding out the top six, throughput at Qingdao, Guangzhou and Tianjin grew by 5.3 percent, 5 percent and 0.34 percent respectively, compared with 7 percent, 7.2 percent and 7.8 percent the previous year.

The port of Dalian, where China Merchants recently announced it was taking a 20 percent ownership stake including management rights, saw its container throughput fall by 6.7 percent in 2015.

Several of the country’s smaller ports, including Tangshan, Rizhao and Suzhou, put in strong performances with growth levels of 37 percent, 16.2 percent and 14.7 percent respectively; while the Yangtze River port of Chongqing and the port of Zhongshan both saw throughput fall to levels below those of 2014, while volume at Chongqing fell below the level of 2013.

Separate figures released by the Hong Kong Port Development Council show throughput at the port of Hong Kong fell 9.5 percent in 2015 to just over 20.1 million TEUs.

The general trend is one of slowing throughput growth as foreign demand for China-made products was soft for much of 2015. While China-U.S. trade registered healthy growth, China-North Europe container volumes were in negative territory.

December numbers in China’s official Purchasing Managers' Index showed a slight improvement on those for November but the data are less than encouraging and point to a potentially slow start in 2016.

The index, which measures manufacturing activity at state-owned and large enterprises, stood at 49.7 in December. A reading below 50 indicates a contraction in activity. The sub-index for export orders was 47.5, indicating a contraction for the 15th month in a row, although slightly better than the November number of 46.4.

The Caixin manufacturing PMI, which focus on small and medium-sized companies, showed a reading of 48.2 in December, down from 48.6 in November and its lowest reading since September.

World Trade Services, a sister product of JOC.com within IHS, has forecast that the rate of growth in China's exports to the world will fall by more than half to 2.3 percent in 2015 compared with 4.9 percent the previous year.