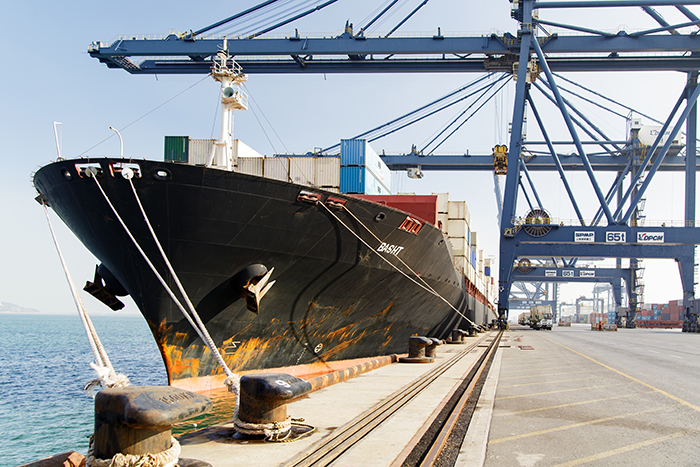 Dalian has been one port of focus in government efforts to better utilize existing port capacity.

Port sector consolidation in China is expected to accelerate this year as Beijing moves ahead with plans to reform state-owned enterprises as part of the overall restructuring of the country’s economy.

After a series of high-profile mergers of state-owned shipping and logistics companies, more attention is being paid to rationalizing the country’s fragmented ports base to improve efficiency, make gains from economies of scale, and cut out excessive competition and duplication of provincial port resources.

The process started in earnest last year with China Merchants Holdings International (CMHI)'s acquisition of a 21 percent stake in the Dalian Port Company.

“CMHI can further enhance the domestic port network, while simultaneously help facilitate the business growth and efficiency improvement of Dalian port through its advanced management capabilities,” CMHI chairman, Li Jianhong said at the time the deal was announced.

Dalian port is now set to be positioned at the center of a new integrated port group covering coastal facilities in the northeastern Liaoning province.

On June 10, the parent company of China Merchants Port Holdings (CMPort) signed a wide-ranging cooperative agreement with the Liaoning provincial government and the city government of Shenyang. Central to the agreement, which covers cooperation in a wide range of areas from financial services to the health sector, is a commitment to integrate the port operations of Liaoning province, including the key ports of Dalian, Yingkou, and Jinzhou.

A China Merchants spokesperson told JOC.com that the details of the arrangement have not yet been agreed. An ownership structure for the new port group is expected to be in place by the end of 2017 and the consolidation to be fully completed by the end of 2018.

In addition to improving the competitiveness of the state-owned ports, the deal is part of efforts to revitalize the ailing economy in the northeast and help drive the development of the planned China-Japan-South Korea Free Trade Zone.

Dalian port was China’s seventh-busiest container port in 2016, handling 9.58 million TEU. Year-over-year volumes were up by 2 percent to 3 million TEU in the first quarter.

In addition to container operations, the port’s facilities include a 450,000 tonne crude oil terminal, the largest of its kind in the world, and a 400,000 tonne iron ore terminal. Its automobile terminal handles 100 percent of foreign-traded vehicles in northeast China.

Historically known as Manchuria, the full northeast region of China consists of the three provinces of Jilin, Heilongjiang, and Liaoning. Because of its abundant coal reserves, it was one of the earliest regions in China to industrialize. However, its heavy industry-based economy has stagnated in recent years and the government has struggled with efforts to revitalize it. Major industries include steel production, petroleum refining, shipbuilding, and aircraft and automotive manufacturing.

The port consolidation drive is evident in other parts of the country as well. In April, CMPDS, the Shenzhen-based subsidiary of CMPort, spent HK$6 billion ($780 million) on the purchase of a 60 percent stake in the Shantou Port Group (SPG) from the state-owned assets and supervision administration of the Shantou city government. The investment gives China Merchants control of the port assets of Shantou located in the southern Guangdong province and consisting of five port zones and 22 berths.

CMPort has investments and operations in Hong Kong, Shenzhen, Shanghai, Ningbo, Qingdao, Tianjin, Xiamen, and Taiwan, as well as multiple investments overseas. The Hong Kong-listed red chip handled 32.36 million TEU at its China and international facilities in the first quarter of the year, a figure 9.1 percent up on the same period in 2016, and expects global throughput to break the 100 million TEU barrier this year.