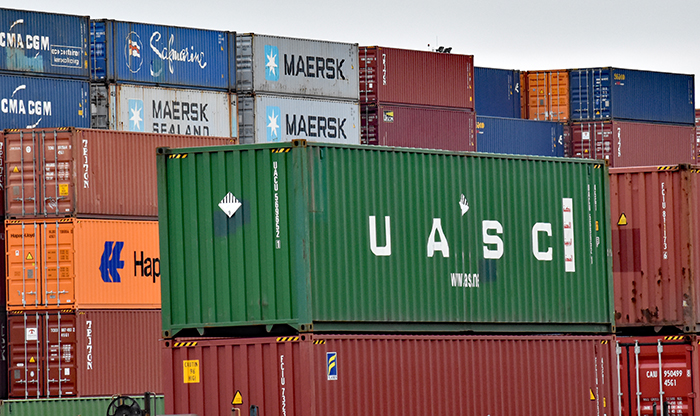 The Dhaka ICD has a total storage capacity of nearly 4,000 TEU, but more than a third of that capacity is currently being taken up by empty containers. Photo credit: Shutterstock.com.

Shippers with empty containers at the Dhaka Inland Container Depot (ICD) in Bangladesh are being asked to pay triple the normal storage fee due to depot congestion.

Ahmedul Karim Chowdhury, deputy traffic manager of the Dhaka ICD, told JOC.com 72 trains carrying containers run back and forth between Dhaka ICD and the nearby port of Chittagong each month. The ICD has a total storage capacity — both loaded import/export boxes and empties — of nearly 4,000 TEU, but Chowdhury said the nearly 1,400 empty containers currently being stored at the ICD are disrupting normal activities.

“We need to give priority to import goods, laden containers, and outbound containers. So, we asked the shipping agents to send the empty containers back to Chittagong immediately or pay penal rent,” he said. “The $1.50 per day rent is very cheap, thus the container owners use the ICD yard as warehouse of empty containers.”

Volume of containers carried from Chittagong port to Dhaka by train jumped 12 percent year over year in 2018, but Chowdhury said trains headed in the other direction generally travel at less than full capacity, and shippers could use that extra space to move empty containers to the port. He said the ICD imposed a similar fee until 2015 but withdrew it once shippers brought empty container volumes down to an acceptable level.

The Dhaka ICD yard considers that level to be about 500 TEU, said Chowdhury, adding that if shipping agents still want to keep empty containers in the capital, there is plenty of space at nearby Pangaon ICT. Located about 10 kilometers from Dhaka ICD, Pangaon ICT has a storage capacity of 116,000 TEU, much of which is currently unoccupied, although a $1.50 per day storage fee would still apply.

Additional capacity is also available at the port of Chittagong, which has been congestion free both in the harbor and in the yard since last November, according to Rear Admiral Zulfiqur Aziz, chairman of the Chittagong Port Authority (CPA). Turn times for vessels calling the port have fallen to 48 hours, compared with 72 hours or more in the past, thanks in large part to new ship-to-shore cranes, he said. “We have engaged three key gantry cranes to unload and load a vessel, thus productivity has increased severely.”

He said the port authority has also mandated that outbound vessels carry a high number of containers, and as a result, the number of containers in the port yard has come down from more than 50,000 TEU to around 30,000 TEU. “That does not mean we are handling less number of vessels. We are now handling around 320 vessels per month and also higher volume of containers,” Aziz said.

In addition, Aziz noted a current expansion in the port yard will add 150,000 square meters to the existing 1 million square meters, expanding storage capacity by 15 percent when all is said and done.

Global Shipping Outlook: A Sneak Peek at 2021
Port Performance North America: Managing Cargo Flow During a Pandemic — and Beyond
END_OF_DOCUMENT_TOKEN_TO_BE_REPLACED