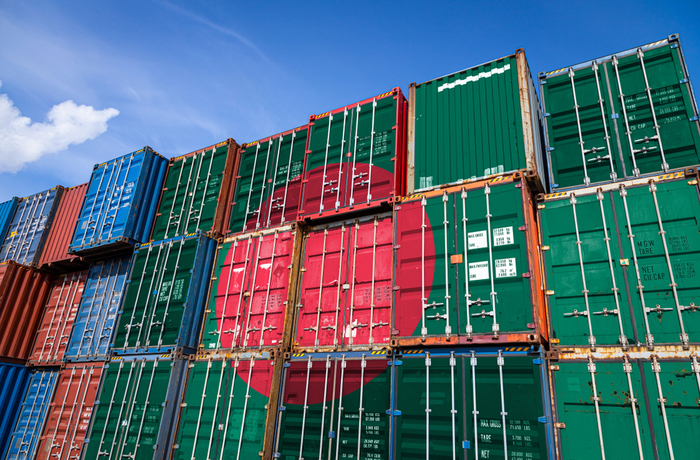 Private inland container depots (ICDs) serving Chittagong, the largest container port in Bangladesh, have stopped packing cargoes into containers shipped by Maersk Line, Gold Star Line, and OOCL after accusing the carriers of not paying the increased tariff rate for such services.

The dispute between the depot and the three carriers is putting hundreds of outbound container shipments, many of them apparel exports, in limbo. After several failed attempts last year, the ICDs in January raised container handling charges and other fees 22 percent.

“This is very unfair. Making us hostage is not acceptable,” Mohammad Hatem, vice president of the Bangladesh Knitwear Manufacturers and Exporters Association (BKMEA), told JOC.com. “Worldwide, the price of our products is lowering. The trade will suffer badly.” Hatem is also the managing director of MB Knit Fashion Ltd, an apparel exporter to US and European retailers.

According to port officials, approximately a quarter of Chittagong container exports are handled by the three carriers. If the stalemate continues much longer, marine terminals will begin feeling the pinch of less volume, said Chittagong Port Authority spokesperson Omar Faruk, adding that he expects the government to intervene to end the dispute.

“They did not make any payments since January and are not receiving bills, so we are forced to stop receiving their goods,” Ruhul Amin Sikder, secretary of Bangladesh Inland Container Depots Association (BICDA), told JOC.com. “We can’t provide services without pay.” Container lines pay in advance for services rendered from ports, but in the case of the depots, they are not paying even after receiving services for two months, Amin Sikder added.

Before stopping the services, the depot owners on March 1 issued a notification to the main line operators, shipping agents, and forwarders, providing a 10-day ultimatum to receive payment reflecting the tariff increase.

In a statement, Maersk confirmed that “there has been a disruption in operational activities at multiple privately owned off-dock/ICD facilities” since March 11. Steve Felder, Maersk’s managing director for South Asia, said the company is in discussion with involved parties in an effort to mitigate the situation.