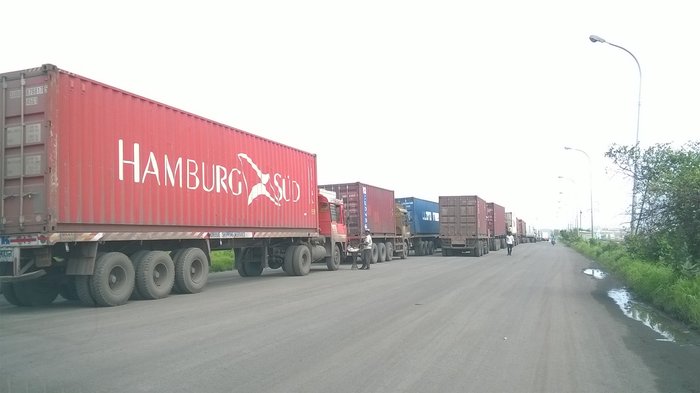 India’s major, or public, ports in July continued the steady growth trend that began with the fiscal year as traffic rose 5 percent year-over-year to 752,000 TEU.

Those gains are being led by India’s top container gateway, Jawaharlal Nehru Port Trust (JNPT), where growth is accelerating and lifting national throughput.

JNPT handled 401,923 TEU during the month, up 5.4 percent from 381,561 in July 2016, despite disruption from monsoon weather and the Maersk Group cyberattack, as the port grew month to month following a decrease in volume from May to June. Those gains are more impressive since APM Terminals Mumbai handles 40 percent of JNPT’s cargo, and was crippled at the start of July because of the cyberattack.

The cyberattack and monsoon weather led to a 2.5 percent fall in July throughput at the largest terminal in the public harbor, while its rivals, with the exception of DP World’s Nhava Sheva International Container Terminal, increased volumes year-over-year.

Officials at APMT Mumbai earlier this week told JOC.com that terminal operations were back to normal, but trade updates from transportation companies say that congestion and long truck lines remain an issue.

Elsewhere in India, throughput at the Chennai port in July increased almost 6 percent year-over-year to 133,000 TEU, reflecting that productivity efforts to recapture cargo lost to nearby private rivals are progressing. However, the opening of an Adani Group-built terminal at the Ennore port, just 15 miles away, could pose a challenge to Chennai’s turnaround efforts.

DP World Cochin CEO Jibu Kurien Itty told JOC.com that strong growth at the terminal is a combined result of industry-best efficiency levels and expanded hinterland reach. Its competitive edges include average gross crane productivity of more than 30 moves per hour and a 26-minute turnaround time for truckers, according to the official.

“We aim to facilitate trade by redefining the supply chain through faster transit time and by providing distinguished service to our customers,” Itty said.