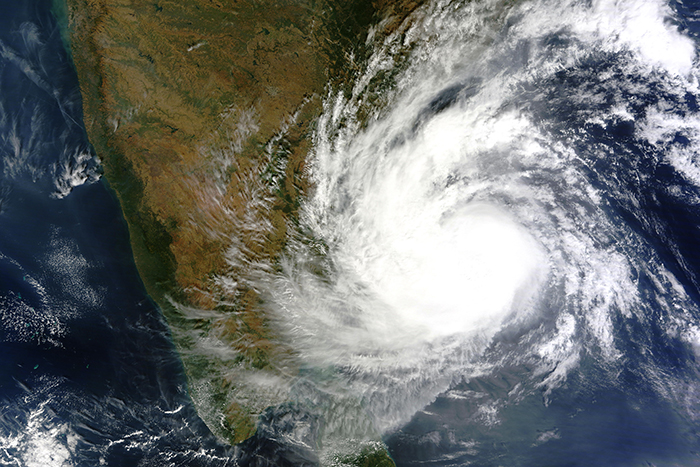 Cyclone Verdah bears down on the east coast of India in this image from NASA.

Cyclone Vardah left devastating damage to India’s eastern seaboard on Monday, according to reports from Chennai, home to India’s busiest east coast container gateway and the second-busiest port in the nation.

To minimize damage from the storm that hammered the Indian coast with wind speeds of up to 90 miles per hour, authorities shut down all operations at the port of Chennai until further notice.

“Ships have been moved away from jetties to the outer anchorage,” shipping sources told JOC.com.

The extent of damage to port facilities will be known once authorities make an on-site assessment.

The disruption comes as the port administration is working frantically to get ahead of the chronic congestion caused by truck bottlenecks that had dragged down productivity and volume growth at the major, or public, harbor.