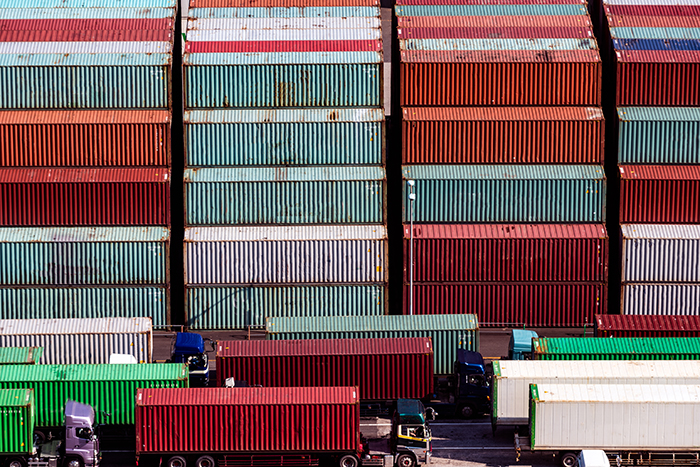 China's economy in the first quarter grew at the fastest quarterly rate since 2015.

Throughput at China’s top container ports grew strongly in March, supporting signs of an improved performance by the overall economy during the first quarter of the year.

Volumes through the top eight ports expanded 8.6 percent year-over-year with three of the top four ports — Shanghai, Ningbo-Zhoushan, and Guangzhou — booking double-digit growth over the period.

Figures from the Shanghai Shipping Exchange show the largest eight ports have so far handled a combined 37.7 million TEUs this year, a rise of 6.3 percent on the first quarter of last year.

The solid numbers come as other China government data indicates an improved trade and general economic environment in the first quarter.

The National Bureau of Statistics said first quarter GDP growth reached 6.9 percent, the fastest rate of growth since the third quarter of 2015, while March trade figures beat the expectations of analysts, with exports up 16.4 percent and imports up 20.3 percent in dollar terms.

China’s first quarter exports and imports are up 8.2 percent and 24 percent year-over-year, respectively.

The port of Shanghai, which is currently suffering from congestion, led the way in March container growth, as volumes grew 14.2 percent to 3.4 million TEUs.

The bigger throughput numbers will almost certainly make the task of resolving the congestion a tougher one for authorities and shippers say the ongoing delays could last well into the month of May.

Adverse weather in northern China, service and terminal changes following the alliance reshuffle on April 1, as well as large volumes of containers in yards, are the source of delays, which primarily relate to shipments on the Asia-Europe, trans-Pacific, and Asia-Australia routes.

The congestion could see some volumes transfer to nearby Ningbo-Zhoushan, the country’s third-largest port, which also had a very strong March, as volumes rose by more than 14 percent to 1.7 million TEUs.

The Pearl River Delta ports of Guangzhou and Shenzhen recorded March volumes that were 12.8 percent and 5.8 percent higher, respectively.

Hong Kong is also performing well this year. Container throughput at the terminals at Kwai Tsing combined with the river trade reached nearly 1.8 million TEUs in March, more than 17 percent up on last year and following a rise of 26 percent in February. Hong Kong handled 4.9 million TEUs in the first quarter, an improvement of 12.6 percent year-over-year.

Growth at the northern ports of Tianjin and Qingdao was flat, while Dalian grew volumes by nearly 3 percent to 801,000 TEUs.

The southeastern port of Xiamen also performed strongly, as volumes rose 8.2 percent, moving it ahead of Dalian to seventh place in the rankings of mainland ports by throughput volume.

China’s official Purchasing Managers Index (PMI) rose to 50.2 in March after a disappointing 49 in February, its lowest reading since 2011.

The Caixin PMI reading, which monitors activities at small and medium-sized companies, rose to 49.7 from 48 in February. Analysts said the output and new order categories rose above the neutral 50-point level, indicating stimulus policies implemented by the government are beginning to take hold.

Flat first half for China’s ports as economy slows

Canada Trade and Shipping Outlook
TPM22: What We Learned — Container Shipping in the Crosshairs
Managing E-Commerce From Order to Delivery and Beyond
END_OF_DOCUMENT_TOKEN_TO_BE_REPLACED