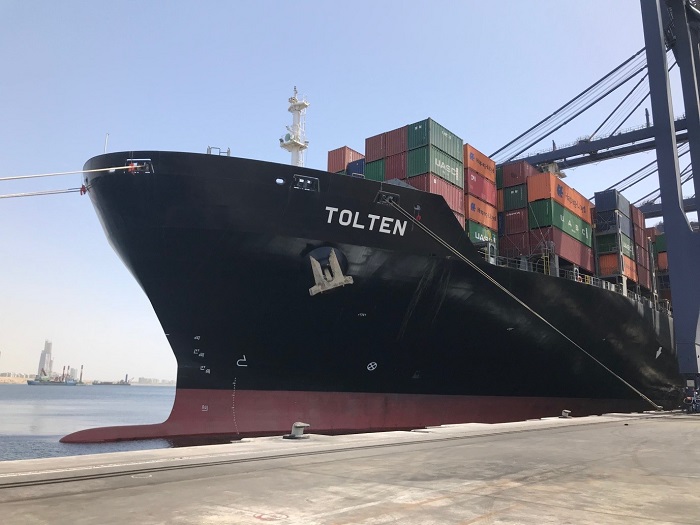 Hutchison Ports Pakistan told JOC.com that its South Asia Pakistan Terminals at Karachi Port is working normally, after a collision between two container ships alongside one of its berths reportedly led to a temporary pause on operations there. No injuries occurred.

The mishap took place at about 1:30 p.m. (local time) Monday, when the Hapag-Lloyd-operated, 8,000 TEU Tolten, which was coming to berth, sideswiped the docked Hamburg Bay. The 6,350 TEU Hamburg Bay is operated by Gold Star Line, according to Hutchison officials.

The Hong Kong-based terminal operator said the forceful contact caused 21 containers, stowed on the port side of the Tolten, to tumble into the harbor, but there were no injuries. No oil spill was reported, either.

Further, the company denied reports that it had to suspend terminal operations because of the quayside accident.

Officials also told JOC.com the Hamburg Bay completed operations at midnight Monday and was expected to sail soon, whereas the Tolten began loading and discharging operations shortly after 4 a.m. Tuesday, following a survey of the damage suffered in the collision.

“Karachi Port Trust has deployed all available resources for surveying the channel and retrieving containers from water,” the Hong Kong-based company told JOC.com. “Hutchison Ports Pakistan is assisting them in operations and will provide full support to its customers.”

The port trust is said to have ordered an inquiry into the incident.