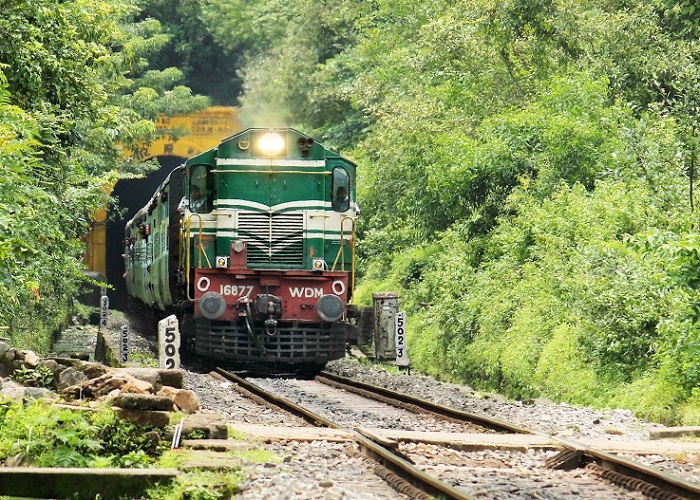 Photo courtesy of the Konkan Railway

Maharashtra state Chief Minister Devendra Fadnavis laid the foundation stone at the Karanja multipurpose terminal in eastern India today, while also announcing a major rail project for the region, the Indian Express reported. The two projects will help India's poor transportation infrastructure, which is currently ranked ranked 90th on the World Economic Forum's Executive Opinion Survey with a rating of 3.7 out of seven possible points.

“The port development will not only boost the trade but also go a long way in development of the infrastructure in the region," Chief Minister Devendra Fadnavis told The Indian Express. "It would also provide new opportunities to the locals in employment.”

The multi-purpose terminal, built by SKIL Ports and Logistics, will be built on 200-acres of land near Karanja, in eastern India, near India's top container port of Jawaharlal Nehru (Nhava Sheva). SKIL said it hopes the terminal will be operational in two years, with a cost of Rs 1,000 crore ( $161.2 million).

The specifics of construction have not been released, but container storage and handling at Karanja could help relieve some of the congestion at Jawaharlal. Congestion at Nhava Sheva, caused by an increase in volume and the installation of three new super-post-Panamax rail-mounted quay cranes, has slowed cargo movements and created lengthy delays since June.

"[The] shipping industry is in very bad shape," Minister Nitin Gadkari told The Economic Times of India. "We are making every possible effort to revive it."

A new rail project in India will connect Jaigad port with the Konkan Railway, which runs from Mumbai to the southwestern city of Mangalore. The 34 kilometers (21 miles) comes with a price tag of Rs. 715 crore ($115.5 million), and is slated to be completed in 30 months.

Gadkari also said India is looking into building satellite ports on rivers in the northern state of Uttar Pradesh, and the southern state of Telangana, which will be used to transport goods inland.

Global Shipping Outlook: A Sneak Peek at 2021
Port Performance North America: Managing Cargo Flow During a Pandemic — and Beyond
END_OF_DOCUMENT_TOKEN_TO_BE_REPLACED