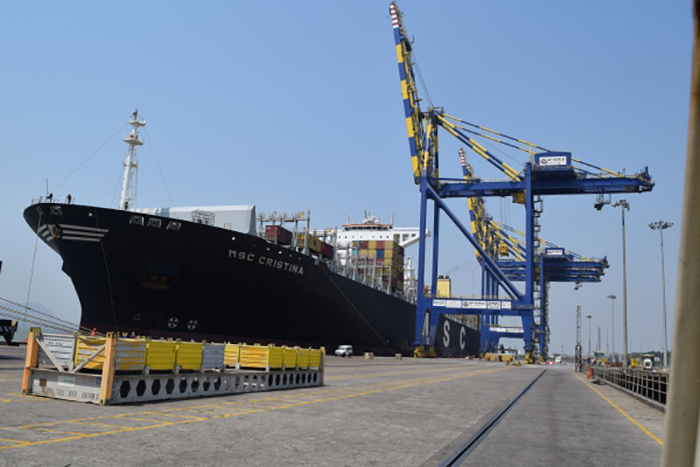 A strike at Jawaharlal Nehru Port Trust would reverberate through the Indian economy.

India’s major ports, which together account for roughly 70 percent of the country’s total container trade, face a fresh threat of labor stoppages next month after the government cleared new legislation reforming the public port system.

“The bill in the present form is detrimental to the national sovereignty and to the interests of the ports and their workers,” the unions said in a joint statement. “The indefinite strike is against the unilateral and arbitrary decision of the government to discard the suggestions and views of trade unions/federations on the proposed bill, which would be adversely affecting the workers of major ports as well as the survival of the ports.”

The new law, which is set to replace the Major Port Trusts Act 1963, will transform major port trusts into independent companies with greater operational and financial autonomy and deregulate pricing so they can better compete with private rivals, commonly known as minor ports.

Dockworker unions are expected to serve a 15-day strike notice to respective port authorities shortly. In the meantime, labor leaders exhorted workers to hold extensive campaigns across the country to highlight the core issues.

The updated law includes provisions to bring all major ports under a “board of port authority” comprising 11 members, compared with 17 to 19 members under the current port trust model, and create an “independent review board” to deal with disputes between major ports and their concessionaires, as well as to review stalled public-private partnership projects.

“The bill is aimed at reorienting the governance model in central ports to [a] landlord port model in line with the successful global practice. This will also help in bringing transparency in operations of major ports,” the government said in a previous statement.

Labor unions previously staged a 24-hour nationwide strike Sept. 2 to pressure the government as they fear the administrative restructuring would result in job losses and privatization of port activities in a phased manner.

Of India’s 12 publicly-owned ports, Ennore (now renamed Kamarajar Port), near Chennai, is the only port in the country governed by a board of directors. The other major ports include Kolkata, Paradip, Visakhapatnam, Chennai, Tuticorin, Cochin, New Mangalore, Mumbai, Jawaharlal Nehru Port Trust, and Kandla.