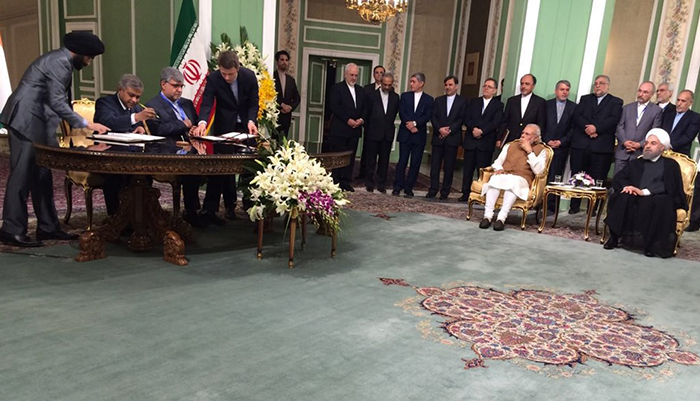 Indian authorities handling the upgrade of the Chabahar port in Iran plan to team up with a local company as the selection of a private partner under a fresh tender issued in July drags on.

Sources at the Ministry of Shipping told JOC.com that stakeholders at a recent meeting in New Delhi authorized India Ports Global Ltd., which is tasked with the Chabahar redevelopment, to hire an Iranian agency to facilitate the launch of interim operations at the port.

Four Indian organizations have reportedly prequalified to bid on a contract to operate and maintain marine facilities at Chabahar, and they will be allowed to proceed to the next round of the process, subject to security clearance. Sources said the ministry would soon process security clearance for the shortlisted bidders and that finalization of the deal is expected to wrap up by March 31, 2018.

However, any changes to the new tender could threaten that deadline. To address those concerns, authorities appear inclined to relent on bidder requirements covering minimum throughput guarantees and upfront fees in the initial period of operation.

“There is a need to incentivize the bidders as they may withdraw in difficult circumstances,” sources previously said.

Another hurdle Indian agencies face in Chabahar is the procurement of new harbor cranes from China, given a lack of shipping links and other operational issues, and as a result, they are exploring the possibility of rerouting the ordered equipment via an Indian port.

India holds a 10-year concession for the Chabahar port, involving the operation of a 640 meter (about 2,100 feet) container terminal with a draft of 16 meters and a 600 meter multipurpose facility with a draft of 14 meters. The harbor will also be equipped with rail-mounted gantry cranes, rubber-tire gantry cranes, reach stackers, empty handlers, forklifts, and trailers in the first phase. A Phase II redevelopment will be considered at a later stage.

The first attempt to select a private operator for that contract fell through earlier this year after Essar Ports Ltd., one of the domestic port infrastructure developers shortlisted alongside Adani Ports and Special Economic Zone, failed to meet security clearance guidelines. Amid those hiccups, Indian officials have reaffirmed their commitment to a $500 million investment in the Chabahar port modernization and efforts to speed up the process.

Chabahar, which is in the Sistan-Baluchistan Province on Iran’s southeastern coast, is roughly 550 nautical miles from Kandla and about 790 nautical miles from Mumbai (Jawaharlal Nehru Port Trust). The port deal is strategically significant for New Delhi as Chabahar would help it gain direct access to Iran by bypassing Pakistan.

How to Improve OTIF: 15 Tips for On Time and In Full Delivery
END_OF_DOCUMENT_TOKEN_TO_BE_REPLACED