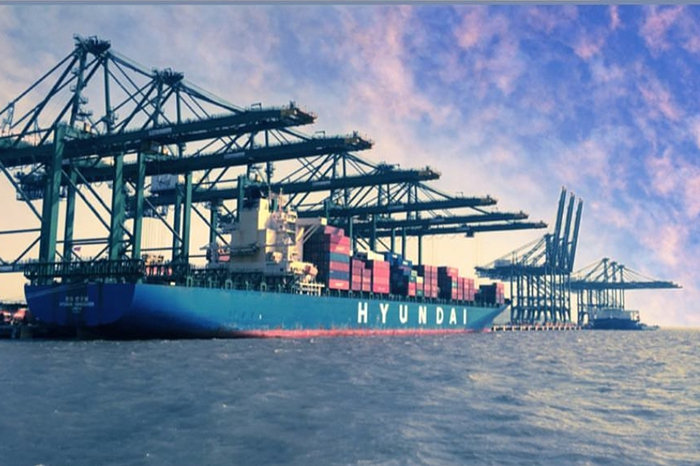 Container lines operating to and from India have increased coastal operations in the emerging market country in the wake of a cabotage reform rolled out nearly a year ago as part of a larger trade development effort.

Thanks to a May 2018 cabotage rule change, foreign-flag carriers no longer need any specific permission or license to transport laden export-import containers for transshipment and empty containers for repositioning between Indian ports. Such intra-country movements were previously the exclusive domain of domestic ship operators with limited — and often inadequate — tonnage capacity.

As a result, coastal transshipment at Indian ports has grown considerably. Domestic transshipment volume — i.e., redirected shipments on mainline calls — stood at 106,273 TEU in March, the highest monthly volume since the cabotage liberalization and a 12 percent gain from the previous month. The percentage of loaded containers, however, slid from 88 percent in February to 84 percent in March.

If the cabotage restrictions had still been in place, those containers would have made their way through the foreign transshipment hubs of Colombo, Sri Lanka; Singapore; and port Klang, Malaysia, among others, Container Shipping Lines Association (India) (CSLA) said.

According to the association, Indian ports have thus far been able to convert an estimated 597,939 TEU of domestic containerized freight to direct shipping following the change.

Despite the positive progress report, debate has been brewing over the merits of the liberalized cabotage policy between pro-reform groups and opponents — led primarily by members of the Indian National Shipowners’ Association (INSA) — who argue that privately operated minor ports have reaped more of the benefits than their publicly run counterparts. Minor ports have the advantage of unregulated tariffs and superior infrastructure, while government-owned major ports have been handicapped by pricing regulations and comparatively lower efficiency.

A new JOC.com market study shows a total of 4 million TEU were transshipped at Indian ports during fiscal 2018-2019, which ended March 31, with 3 million TEU passing through major state-owned ports and the remainder handled by private minor ports — Mundra and Krishnapatnam in particular.

The Indian government’s renewed focus on port development is already driving greater competition among the country’s various transport modes, a trend that has brought positive pricing developments for shippers. For example, Indian Railways in December 2018 offered a 25 percent discount on its haulage rates applied to containerized rail operators for empty box movement, while Container Corporation of India (Concor) will freeze its intermodal freight rates, along with other inland charges, through the current fiscal year. Given Concor’s dominant market position as the largest intermodal rail provider in India, the pricing freeze move could put pressure on rival private rail operators to follow suit, as well as trucking companies to readjust rates to remain competitive.

Ocean carriers, meanwhile, have been extending their inland reach in India as part of a broader effort to provide integrated logistics services. Maersk Line, for example, has expanded its door-to-door cold chain offering, while CMA CGM recently started using double-stack block trains to move containers from Mundra port to the northern corridor.