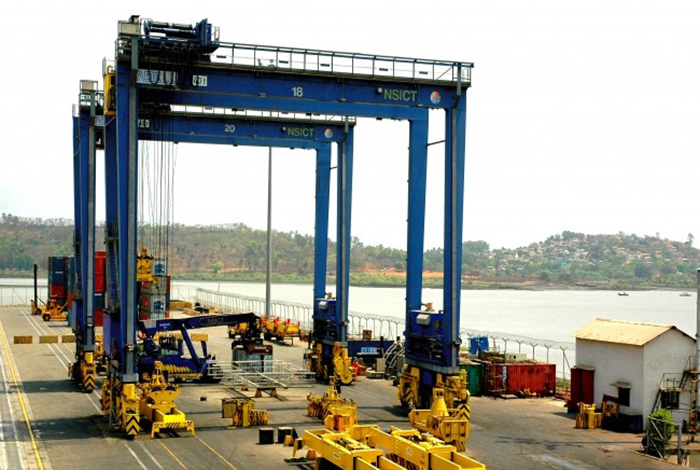 Lawmakers in India have set the stage for older terminal concessionaires to migrate from a “skewed” 2005 revenue sharing regime to a new, reworked 2019 tariff framework. That's despite stakeholders decrying the alternative model as “regressive, discriminatory,” and generally insufficient in neutralizing the competitive disadvantages inherent in the current system.

The country’s port regulator, Tariff Authority for Major Ports (TAMP), last week issued the “final 2019 tariff guidelines,” along with provisional operating rules for 15 build-operate-transfer (BOT) operators that were awarded port development contracts at major state-owned ports between 1997 and 2007. Because the framework has already been approved by the Indian Ministry of Shipping, however, “comments, if any, on the clauses prescribed in the tariff guidelines will not be considered,” TAMP said.

With the 2005 cost-plus pricing program, investors have faced complications surrounding revenue earned from volume handled beyond stipulated minimum guarantees and container royalties paid to the landlord port or the government. Such anomalies have often resulted in TAMP ordering rate reductions — often substantial downward revisions — and to sidestep the regulations, terminals have generally tended to underperform by adjusting capacity in tandem with committed levels.

The “draft working guidelines 2019,” which have been circulated to various stakeholders, provide a broad framework of rules and procedures for tariff proposal filings under the revised structure. TAMP accepted stakeholder feedback on the draft working guidelines until April 18, following which a joint public session will be held prior to releasing the final document.

The alternative regime, however, does not seem to provide much solace to the long-suffering terminal operators, as the government opted to maintain the status quo on revenue sharing and royalties.

The 15-member group comprises BOT facilities operated by global port-terminal giants such as DP World, APM Terminals, and PSA International. With multiple port locations, including Jawaharlal Nehru Port Trust (JNPT) and Chennai, the impact of these pricing complications has been more severe on DP World. Officials at DP World Subcontinent were not immediately available for comment.

APM Terminals Mumbai, which operates JNPT’s busiest container facility, Gateway Terminals India (GTI), told JOC.com it was “evaluating the guidelines,” but was not in a position to comment presently.

PSA International’s terminals at the ports of V.O. Chidambaranar (formerly Tuticorin) and Chennai have also suffered the consequences of the “unfair” tariff framework, but the company also was not available for comment.

Complicating matters further, the tariff program has been mired in protracted legal battles — both with individual terminals and jointly via the Indian Private Ports & Terminals Association (IPPTA) — after TAMP ordered steep downward rate revisions at some of the terminals, including a 44 percent reduction at GTI and a 28 percent decrease at NSICT in 2012.

“By disallowing the royalty/revenue share paid to the landlord port either entirely or partially and absorbing it as a cost by the BOT operator, [it] limits the surplus. Therefore, to unleash additional capacity and augment the infrastructure facilities in the Port, it is necessary to allow the royalty/revenue share paid to landlord port as a 100 percent pass through as a cost for tariff determination,” the terminal group said in its previous submissions to the ministry. “Operators should be allowed to maximize throughput, increase efficiency, and optimize utilization of resources/infrastructure.”

Fiscal year 2018-2019 throughput at major ports is further evidence of the growth limitations plaguing older terminals as a result of the 2005 regulatory system. With DP World increasingly prioritizing its newer Nhava Sheva (India) Gateway Terminal (NSIGT) at JNPT in an effort to shake off the tariff shackles, the older Nhava Sheva International Container Terminal (NSICT) saw throughput drop to a new low during the year, 560,661 TEU, compared with 641,122 TEU in 2017-2018, positioning itself well within the contractual minimum level of 600,000 TEU annually.

By contrast, privately operated “minor” ports, armed with unregulated tariffs and infrastructure superiority, have been working to grab an even larger share of containerized cargo moving to and from the emerging market economy, with Adani Group leading the march. A recent JOC.com port statistics analysis found that the private conglomerate, with a nationwide network, represented approximately 30 percent of India’s inbound and outbound containerized trade during 2018.