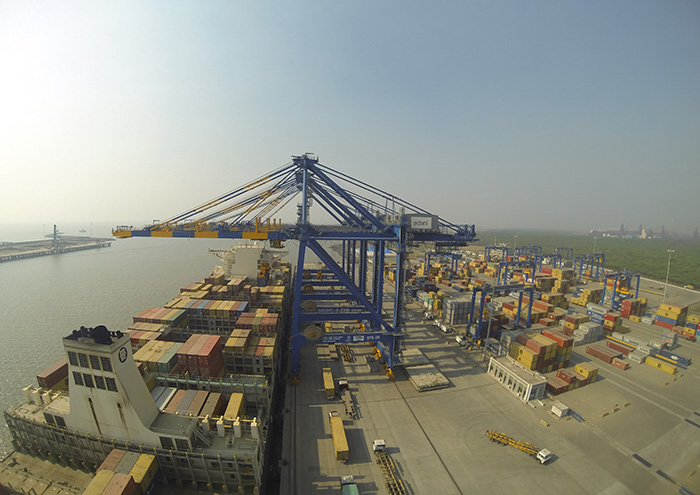 “Through this regular rail movement, export-import trade in central India has got an alternative rail gateway, which will provide them faster turnaround of trains along with world-class infrastructure at Adani Hazira Port,” the private terminal operator said in a trade notice. “Hazira is around 270 kilometers (about 168 miles) shorter in distance from Pithampur in comparison to Nhava Sheva (Jawaharlal Nehru Port Trust) and the rail freight paid for Hazira is lower when compared to Nhava Sheva.”

The company said major carriers, including Maersk Line, CMA CGM and Mediterranean Shipping Co., are using the train service to connect their export cargo via Hazira.

“We are happy with the new development of rail connectivity to Hazira Port, which will give us flexibility in terms of planning our exports and will reduce our lead time along with providing certainty of connecting our containers on time,” said an official at National Steel, which moves regular shipments from Pithampur to Hazira, in a statement.