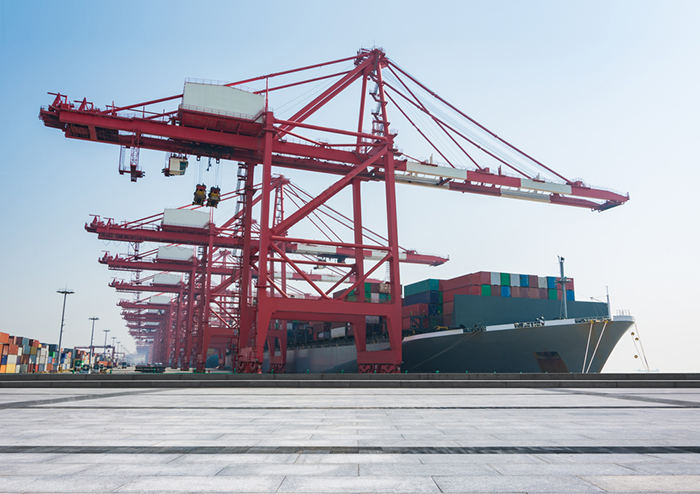 Chinese ports such as Qingdao, pictured, must adjust to rapid changes in the international shipping market and the Chinese economy.

Reliance on growth from an ever-expanding pie of box volumes growing in the high single or double-digits is a thing of the past for Chinese ports, and larger hubs such as Shanghai and Guangzhou are taking a more holistic approach to the future development of their ports, which includes more focus on hinterland zones, local industry, connectivity, and technical innovation.

Economic restructuring and the growth of consumer-oriented services as a percentage of GDP at the expense of industrial production and exports, together with structural changes in the liner shipping sector, are the key factors driving change in China’s port sector. As growth levels decline, and with trends of consolidation and the quest for scale in liner shipping seemingly accelerating, competition among ports is heating up as they invest to offer benefits of scale, better connectivity, and improved productivity.

China’s top container ports had a sluggish first half of 2016 but a rebound in volumes from July signaled the beginning of a stronger second half. Full-year throughput growth at the eight largest ports is likely to settle at around 3 percent in 2016, a far cry from the high single-digit and double-digit growth of the not-so-distant past.

The Pearl River Delta, or PRD, port of Guangzhou was the stand-out performer in terms of container volumes in 2016, and presents a strong example of the measures being taken to thrive in the new era.

Together with sea and landside infrastructure investments, including a $415 million project to widen the stretch of water linking its container terminals at Nansha to the main east-west shipping lanes, the port authority is seeking to take advantage of a changing PRD cargo base and targeting the expansion of its foreign trade-related throughput.

Guangzhou Port Group is gearing up for a listing in 2017, generating funds that will be used to accelerate the development and optimization of port infrastructure and further increase competitiveness.

Guangzhou expects to take business from Hong Kong and Shenzhen as the cargo production base in the PRD slowly shifts westwards and closer to its facilities.

Hong Kong looks particularly vulnerable in this scenario, which ultimately exacerbates the challenge of its location as the furthest of the three major southern Chinese ports from PRD cargo sources, and the consequent additional costs involved to use it.

After more than two years of volume decline, throughput at Hong Kong started to stabilize in the final quarter of 2016. However, the changing environment has introduced another major worry: possible fully of Chinese cabotage laws. A worst-case scenario could cause Hong Kong to lose up to 2.4 million 20-foot-equivalent units, or around 14 percent, of its total annual throughput.

Cabotage restrictions have been gradually relaxed in the Shanghai free trade zone, where foreign-flagged but Chinese-owned ships can now engage in domestic shipping. Guangzhou, Ningbo, and Qingdao are lobbying hard for a relaxation of their own cabotage rules on foreign vessels.

“Mainland China’s cabotage relaxation is weakening Hong Kong’s status of being a key transshipment hub in the region, and creating uncertainty for the local jobs market and economy,” warned Lawrence Leung, dean of Hang Seng Management School of Decision Sciences, which conducted a study on the issue.

“Any further relaxation will very likely lead to vicious competition among coastal ports such as Shenzhen, Ningbo, and Shanghai and the business of Chinese-owned shipping companies will unavoidably suffer.”

In addition to the prospect of slower growth as the Chinese economy evolves, ports and shipping lines are dealing with new emissions requirements introduced earlier in the year.

According to the rules, from January 2017, ships at berth at the ports of the three ECAs are required to burn fuel with a sulphur content of no more than 0.5 percent, excluding the first and last hour of the berthing period.

The main ports of the YRD and Shenzhen introduced stricter requirements than the the national directive and ships are already required to burn low sulphur fuel while at berth. Other PRD ports and ports of the Bohai Rim are expected to implement the requirements in 2017.

At the same time, authorities are investigating the widespread use of shore power to help address pollution in port cities. Shore power projects were launched at five major ports across the country together with two ship-shore power conversion projects involving both container ships and bulk vessels.