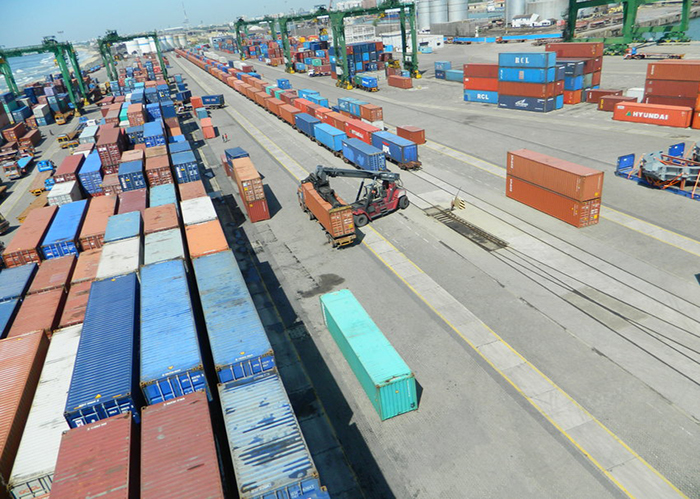 The port of Chennai, pictured, lost a Maersk Line call in April, which impacted its overall volumes in the first four months of the fiscal year.

Traffic at major, or public, Indian ports rose 4.1 percent in the first four months of the fiscal year, but growth would have been higher if Chennai hadn’t taken a steep hit in volumes, according to the newest port data analyzed by JOC.com.

The country’s 12 major ports handled a combined 2.84 million twenty-foot-equivalent units from April to July, up from 2.72 million TEUs a year earlier. Containerized tonnage edged up 0.65 percent year-over-year to 41.5 million tonnes (45.7 million tons), according to the data.

The Chennai port’s four-month volume fell nearly 7 percent year-over-year to 504,000 TEUs, reflecting how a shift of some cargo to nearby privately-operated minor ports is costing the public east coast harbor.

During recent months Chennai and JNPT have worked to improve productivity and relieve off-and-on congestion. The JNPT authority and its private terminal operators have invested considerable amounts of money and effort in infrastructure upgrades, including automation of cargo processes, improving roads, building more parking lots for drayage and most importantly, dredging the navigation channel to 50 feet, among other efforts.

Chennai has overcome much of its access problems thanks to radio-frequency technology-enabled gate systems and new rail connections, but the port administration will need to work aggressively to thwart private rivals’ attempts to poach its business while beefing up efforts to attract more ocean services.

The 12 major ports together handle roughly 70 percent of India’s overall containerized trade. Statistics show these state port complexes have been steadily losing market share to their smaller counterparts, or minor ports, which have modern infrastructure and ample capacity.