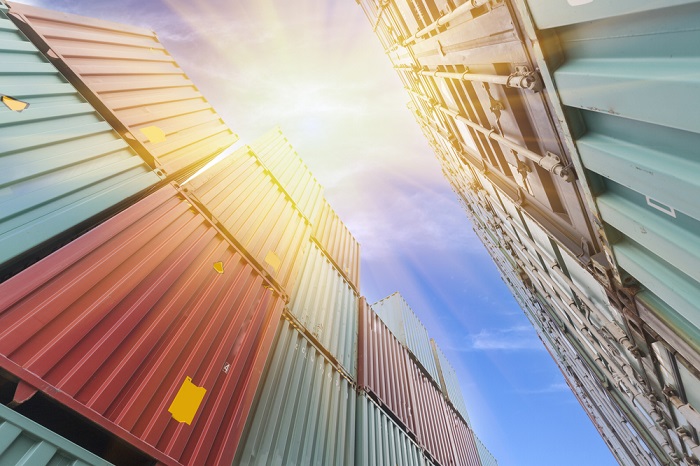 Most Benapole imports are capital machinery for industrial units, apparel factories, and infrastructure projects — the handling of which requires cranes and forklifts. Photo credit: Shutterstock.com.

A two-day strike by equipment handlers at Benapole, Bangladesh’s largest land port, ended Tuesday morning, to the relief of trade stakeholders and area businesses. About 200 trucks filled with cargo were idled during the strike.

Workers resumed work only after the Bangladesh Land Port Authority (BLPA) assured them that it will pay their wages within a week.

Since July, BLPA has not made any payments to the port operator for goods handling and, as a result, workers were not paid wages.

Because of the strike, hundreds of goods-laden trucks at Benapole port and at Petrapole port in India could not be handled and transported, hampering India-Bangladesh bilateral trade. At Benapole port, neither importers nor exporters could release goods from the port, despite paying all government duties.

Most Benapole imports are capital machinery for industrial units, apparel factories, and infrastructure projects — the handling of which requires cranes and forklifts. As noted, about 200 trucks filled with this cargo were idled during the two-day strike.

Benapole C&F Association president Mofizur Rahman Sozon told JOC.com hundreds of goods consignments could not occur during the strike. Importers will incur demurrage charges owing to the delay in cargo handling/overstay at the port.

“The port authority needs to arrange for an increased number of equipment for smooth handling of goods at this port,” Sozon said.

Fakhrul Islam, an official of the SIS Logistical System Ltd, the port’s equipment handling contractor, told JOC.com workers resumed working after the port authority’s assurance. However, he added the workers will go on strike again if the payment is not made in time.

Mamun Tarafder, a deputy director at the land port authority, said he visited the port Tuesday morning and found that the number of waiting trucks is decreasing gradually as workers started handling consignments. Tarafder was hopeful port congestion will return to normal levels by Wednesday morning.