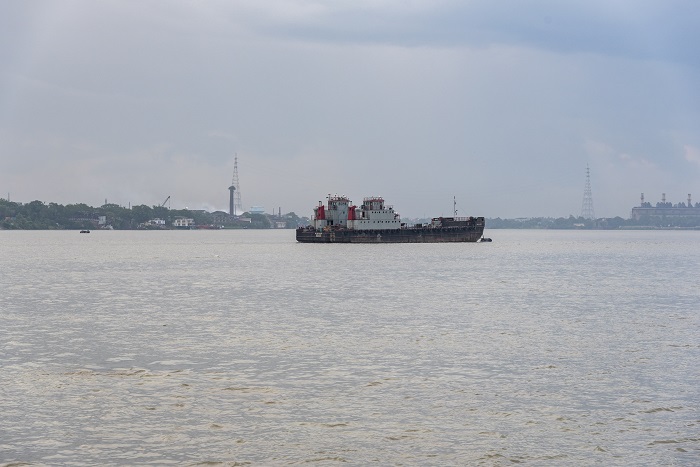 India's Kolkata Port Trust (KPT) has agreed to let Bangladeshi shippers use its ports for export/import trade to and from third-nation locales, opening an option for Dhaka-based traders to avoid the frequently congested Chittagong port.

In a recent letter to the Bangladesh High Commission in Kolkata, KPT chairman Vinit Kumar expressed his consent to let Bangladeshi shippers use the ports.

“This is a welcome step and Kolkata port is ready and eager to participate in this effort, as we are already handling goods for a neighboring country like Nepal,” Kumar wrote.

Kumar mentioned that current trade between Kolkata port and Bangladeshi ports and terminals via the coastal route is limited to bilateral trade, and is not open to third-nation, export-import trade.

“Certain shipping lines have shown an interest that if EXIM [export/import] trade is allowed from Pangaon terminal of Bangladesh then containers going to European countries having garments and other white goods which have strict timelines to maintain, can be routed through Kolkata port,” he wrote.

The SOP of the Indo-Bangla coastal shipping agreement says, “Vessels engaged in designated routes will not engage [themselves] in transshipment cargo between two ports of another country without written permission from the competent authorities.”

“If Dhaka-based shippers use Kolkata port in export-import trade, they will be able to cut their lead time and save costs,” Hamid said.

He said several inland container terminals (ICTs), including state-run Pangaon ICT, are built near Dhaka, from which ships with bilateral trade can reach Indian ports.

“Allowing third-country, export-import under a coastal shipping agreement will be a big help for Bangladeshi shippers,” Hamid noted.

The KPT runs two ports — the Kolkata Dock System and Haldia Dock Complex. The Kolkata dock is on the eastern bank of the Hooghly River, about 120 nautical miles from the sea, while the Haldia dock is farther downstream.

Both Kolkata and Haldia operate as feeder ports, meaning they send/receive domestic cargo routed through other hub ports in the region, as their draft limitations prevent mailine carriers from navigating the bay.

Bangladesh’s export-import trade has grown for seveal years, and the uptrend is likely to continue in 2018. Further, Chittagong is struggling to handle the rising volume. The Chittagong port registered 9.4 percent container growth in 2017 and 17 percent growth in 2016, handling 2.56 million TEU and 2.34 million TEU, respectively. The seaport’s full-year capacity was 1.7 million TEU.

India to allow transshipment cargo from Bangladesh via ocean