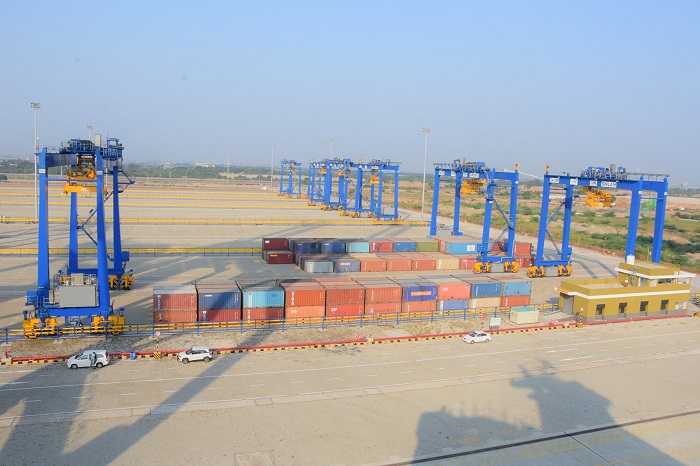 Adani Ports and Special Economic Zone (APSEZ) — India’s biggest private port infrastructure developer — is in a bind over how to deal with a pricing issue that has left its new terminal at the Port of Ennore (Kamarajar Port), near Chennai, idle with no ship calls in the past two months, after it opened full-fledged operations in early January.

The impasse plaguing AECT is centered on vessel-related charges applied by the port authority, which are said to be substantially higher than those at other ports in the region, including the Chennai port. As a result, ocean carriers operating to and from South India remain wary of introducing calls at Ennore.

Industry sources told JOC.com that when compared with Chennai, AECT/Ennore calls cost carriers about $20,000 more, and this difference is signficant in India’s hyper-competitive shipping industry.

Although AECT officially opened with a Jan. 4 call from the MV SSL Kochi, which was part of a shortsea operation between domestic carriers Shreyas Shipping & Logistics and Shipping Corporation of India for India-Middle transhipment coverage, partial operations were already under way there in October 2017.

Port statistics collected by JOC.com show AECT handled just 2,678 TEU in the October-to-February period, which highlights the sheer magnitude of capacity underutilization in a market that registered an impressive 16 percent container volume increase in 2017.

APSEZ, part of the Ahmedabad-based Adani Group, has a batch of marine terminals in India, including the country’s biggest, non-government harbor at Mundra. Nevertheless, a non-starter Ennore project, in which it invested Rs. 724 million crore (about $109 million), is an unexpected, heavy blow for the private conglomerate renowned for using aggressive shipper outreach and strategic carrier partnership efforts to briskly build market share in all of its port locations.

Efforts to reach officials at APSEZ for comment regarding the operational deadlock at Ennore were unsuccessful.

The company holds a 30-year concession for the Ennore project, to be developed in two stages. The second phase, involving an investment of Rs. 546 crore, will include a 330-meter berth line and a 600,000 TEU annual capacity, which would boost AECT's total capacity to 1.4 million TEU per year.

As competition intensifies, terminals in the region — under tremendous pressure to increase capacity utilization — have been offering mainline carriers steep discounts on service rates, and a recent JOC.com analysis showed that Krishnapatnam Port, about 112 miles north of Chennai, has a slight cost advantage over rival operators regarding pricing for transhipment calls.

APSEZ’s operations in India include marine facilities at the ports of Hazira, Tuna-Tekra (Kandla), Dahej, Dhamra, Mormugao, and Visakhapatnam. In addition, it is building a deepwater container transhipment terminal at Vizhinjam, about 10 miles southwest of Trivandrum in India’s southern state of Kerala.