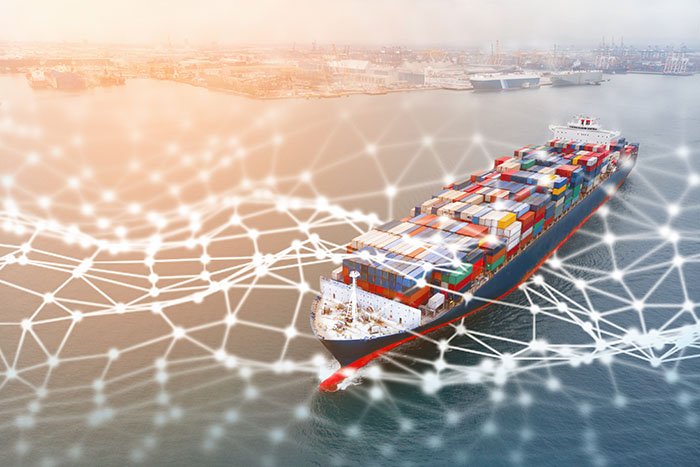 North American ports have become convinced that in order to retain and grow market share, they must test, facilitate, and, in some cases, help to fund the use of technology that will increase cargo velocity through their gateways.

Landlord ports such as New York and New Jersey, Los Angeles, Long Beach, Oakland, the Northwest Seaport Alliance, and Vancouver, B.C., do not operate marine terminals, but they are the neutral brokers that bring together stakeholders such as ocean carriers, shippers, terminal operators, truckers, railroads, and equipment providers to share data and move containers efficiently through the terminals. In many cases, they’re making that happen via the sharing of data through port information portals.

Although each sector of the supply chain captures data for its own purposes, sharing the information with other stakeholders through a single window is seen as the most effective way to improve port efficiency.

This is especially true in Los Angeles-Long Beach, which last year handled about 17.5 million TEU over its 12 container terminals. Served by all three major container vessel-sharing alliances and about 1,400 drayage companies, Los Angeles-Long Beach “cries out for a single aggregation point” to accumulate and dispense data on cargo status, said Weston LaBar, CEO of the Harbor Trucking Association.

Large container exchanges from mega-ships with capacities of up to 14,000 TEU have made marine terminals a black hole for visibility into the status of a container once it is discharged from a vessel, port managers agree. Christopher Chase, business development manager at the Port of Los Angeles, described to a Propeller Club meeting in Long Beach in October the immensity of the challenge. A call by a Maersk Line vessel that month generated 29,025 TEU, he said.

For beneficial cargo owners (BCOs) and truckers who need real-time information on the status of their containers, the pain points at marine terminals include a lack of visibility within the terminal, congestion in the container yard and at the terminal gates, lack of in-transit visibility, diminishing dual transactions for truckers, ad-hoc decisions by terminal operators to refuse the return of empty containers, and thousands of chassis spread throughout the port region at the terminals, rail yards, and distribution warehouses.

Although the websites of the terminals, carriers, and equipment providers provide glimpses into the status of containers, gaining true visibility into container status could involve scanning more than a dozen websites to get an accurate snapshot of the region, LaBar said. And that’s why some ports are now acting as facilitators of port information portals.

The Port of Los Angeles in 2016 appropriated $13 million to run a pilot project for the Port Optimizer, an information portal developed in collaboration with GE Transportation. The project started with the participation of one terminal, two shipping lines, and a handful of BCOs and has since spread to all six terminals in Los Angeles and three in Long Beach.

Oakland is looking into port information portal options to provide real-time information on container status, vessel arrivals, and terminal operating conditions. “This information is available from a number of sources, but Oakland would like for everyone to be able to go to one website,” Ron Brown, the port’s marketing and commodities representative, told the Western Cargo Conference in October in Rancho Mirage, California.

Vancouver’s eHub app uses GPS transponders on trucks and interactive maps to provide truckers and BCOs with real-time information on conditions at marine terminals and intermodal rail facilities and traffic conditions in the greater harbor area.

Global Container Terminals (GCT), which operates terminals in New York-New Jersey and Vancouver, last year joined the TradeLens electronic documentation and visibility platform led by Maersk Line and IBM. “As competition increases from other ports and customer demands intensify, we need to activate every solution to increase cargo velocity through our terminals and improve performance,” said Doron Grosman, GCT’s president and CEO.

Although port stakeholders generally support the concept of port information portals and may access them when it fits their needs, participants need to share their information through the platform in order for it to be truly valuable to the entire port community. That’s the rub for many stakeholders, despite providers’ assurance that the data is secure.

“The notion of sharing data is simple, but it’s scary,” Hill told the PortCon forum in Long Beach in October.