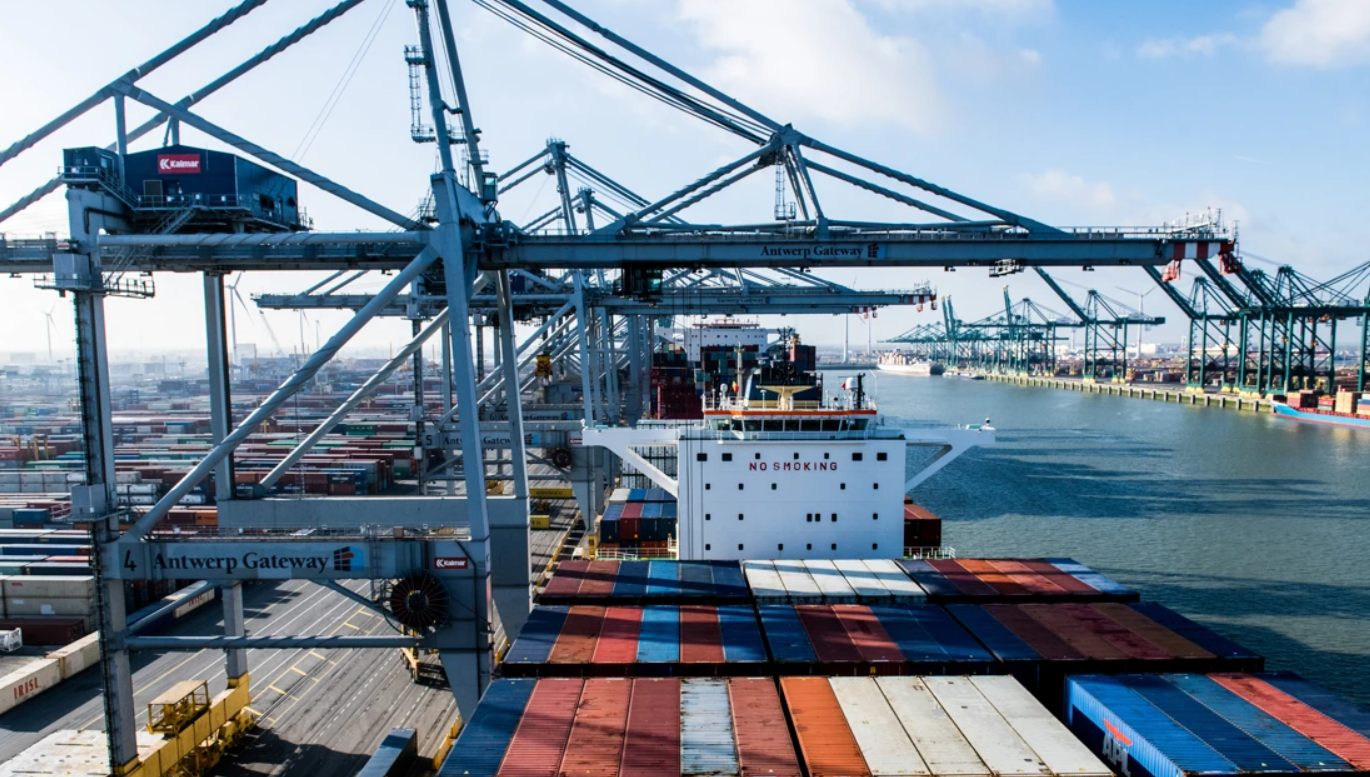 Strong demand from European importers in the second half of 2020 kept Antwerp's terminals busy. Photo credit: Port of Antwerp.

The Port of Antwerp handled record container throughput in 2020, with sharply recovering demand through the second half driving volume to 12 million TEU for the first time.

It is a remarkable result by Europe’s second-busiest container port in a year measured by repeated COVID-19 economic lockdowns across Europe, extensive blank sailings by the carriers, and extreme volatility in demand. Europe's busiest container hub of Rotterdam, and third-busiest port, Hamburg, have yet to announce their 2020 volumes.

Antwerp was able to build on the marginal increase in first-half throughput, with container volume increasing since July to end the year with the total up 1.3 percent year over year.

“Container throughput in the port of Antwerp has been breaking records for years now, and 2020 is no different,” the Port of Antwerp announced in a statement Monday.

The container handling growth in Antwerp was largely condensed into the second half of 2020, a trend seen in the overall Asia-North Europe volume. Volume on the trades experienced negative monthly growth in the first seven months of 2020, before beginning to grow year over year from August through November, according to the most recent data from Container Trades Statistics (CTS).

November growth shot up by 13.2 percent year over year, with unexpected and strong demand extending the peak shipping season that has continued into 2021. Assuming a conservative growth estimate for December of 7.5 percent would put the total headhaul Asia-Europe volume for 2020 at 15.98 million TEU, a decline of about 4 percent compared with 2019.

Jacques Vandermeiren, Port of Antwerp CEO, described in a statement the experience of 2020 as being “caught up in a storm, but we stayed upright.” Despite warning of a difficult year ahead, Vandermeiren used the rising volume to reiterate a call to expand container handling capacity at the port.

He said the throughput “again confirms the importance of the container segment and the need to expand the capacity,” adding, “It will not be smooth sailing in 2021 nor will it be predictable, but we are stronger than before.”

Also highlighting the need to expand was port alderman Annick De Ridder. “The economic urgency for additional container capacity is thus more than ever demonstrated,” she said in a statement.

The Flemish government a year ago approved a draft 7 million TEU expansion project that includes constructing a second tidal dock in the port, as well as filling in existing docks to create additional container handling space. Terminals in the port also have expansion plans, such as DP World Antwerp that wants to expand its current 2.5 million TEU capacity to 3.4 million in 2023.