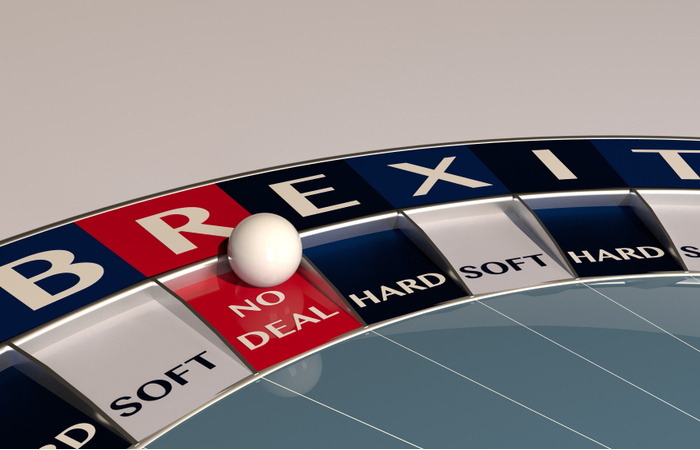 The dangers of exiting the EU without a deal were brutally spelled out by the UK government in a confidential report made public this week. Photo credit: Shutterstock.com.

With just over a month until the United Kingdom leaves the European Union, its largest trading partner, there remains no clear indication of whether a Brexit deal will be reached, whether there will be no deal, or whether the Oct. 31 deadline will be extended.

It is deeply unsettling to those in the cargo supply chain, and the release of the UK government’s Brexit worst case scenario this week does nothing to illuminate an increasingly murky issue.

Titled “Operation Yellowhammer, reasonable worst case planning assumptions,” the report outlines severe supply chain disruptions should the UK leave without reaching a trade deal with the EU that would see Britain assuming a third country status. Incredibly, for a document outlining such dire consequences for the country, the report is dated Aug. 2 — almost six weeks before it was made public.

The report warns that from day 1 (Nov. 1), France will impose mandatory controls on UK goods that could affect up to 85 percent of trucks travelling on the Calais-Dover corridor. This could lead to months of delays.

“In a reasonable worst case scenario, heavy goods vehicles (HGV) could face maximum delays of 1.5-2.5 days before being allowed to cross the border (into the UK),” Operation Yellowhammer warns.

“HGVs that are caught up in congestion in the UK will be unable to return to the EU to collect another load, and a proportion of logistics firms may decide to avoid the route should there be significant and prolonged disruption.”

But logistics firms have wisely not been waiting for government guidance in adjusting their transport flows and have already made moves to avoid the Calais-Dover corridor that is already heavily congested. The trade lane handles 75 percent of all roll-on, roll-off (ro-ro) freight arriving by ferry from Europe every year, or more than 4 million accompanied trucking units. An estimated 14,000 trucks cross the UK-EU border every day, with the port of Dover handling 17 percent of the UK’s total trade in goods.

The largest shift is likely to be in the short-sea shipping space. Short-sea specialists such as Unifeeder and Samskip report growing numbers of shippers beginning to place a portion of the cargo on ships as opposed to trucks.

Diederick Blom, chief operating officer of intermodal operator Samskip, said in the run up to the original March 29 Brexit date, UK container traffic increased sharply due to a combination of stockpiling and concern over potential trailer congestion at English Channel ports.

“We began doing business with, and getting inquiries from, shippers we had not dealt with before, including some household names,” he said. “We also proved that North Sea routes could handle far more freight, without any risk of terminal tailbacks, customs red tape, driver shortages, or industrial action.”

“The role of coastal shipping for the next four to five years is going to be to find alternative routes to UK markets from the EU, and also for UK exports,” he told JOC.com.

“It will be interesting, because for a bulk shipment, you need one customs entry for 5,000 tons. For 5,000 tons shipped in trucks, you have at least 25 customs entries.”

It is this area of customs checks that is likely to present the greatest challenges for the UK in the event of a no-deal Brexit. For almost 40 years, the UK has enjoyed frictionless and customs-free trade with Europe, and many smaller shippers have never been required to declare goods. By the same token, there will not be enough customs officers should all imports and exports need to be inspected.

Robert Keen, director general of the British International Freight Association (BIFA), said his trade body had met with the government regarding increasing customs brokerage capacity at a time when the sector faces a huge shortage of staff of suitable quality

“We emphasized that it could take up to a year to train staff to be fully conversant to prepare a range of basic customs declarations, even if there was a sufficient number of trainers to train those staff, as well as relevant courses for them to attend,” Keen said.

An Organization for Economic Cooperation and Development (OECD) study found that documentation and customs compliance requirements, lengthy administrative procedures, and other delays could increase the transaction costs of goods transported by between 2 to 24 percent of the value of the good.

Not ready for no deal

In a recent report by the Confederation of British Industry (CBI) titled “What Comes Next,” CBI sought the opinions of more than 50 trade associations across the UK economy to assess the readiness for Britain leaving the EU without having a withdrawal deal in place. Their conclusion was that neither the UK nor the EU was ready for a no-deal scenario.

In the run up to the original March 29 Brexit date, UK manufacturers and retailers began to build inventory, anticipating bottlenecks at key border crossings. Preparations cost business billions of pounds, the CBI report said, noting that stockpiling in the run up to March was so significant that it drove never-before-seen distortions in IHS Markit PMI data when manufacturing output growth and new factory orders accelerated to an eight-month high.

If shippers turn to short-sea shipping in large numbers, the smaller UK ports will need to be ready, but they are also being frustrated by government inaction.

Richard Ballantyne, CEO of the British Ports Association (BPA), told JOC.com that the border force that grants approvals for ports to facilitate international traffic and trade and has conditions relating to inspection facilities and licensing was heavily under-resourced.

“A lot of ports are still waiting for updated approvals, so this is not just a port issue, it is also a government issue,” he said at a BPA-hosted Coastal Shipping Summit in London.

Asked at the event for his comment on what his customers could expect after Brexit, the response by Rob Millatt, project manager for UK carrier Scotline, perfectly summed up the issue, “We know as much as anyone else, which is close to zero.”