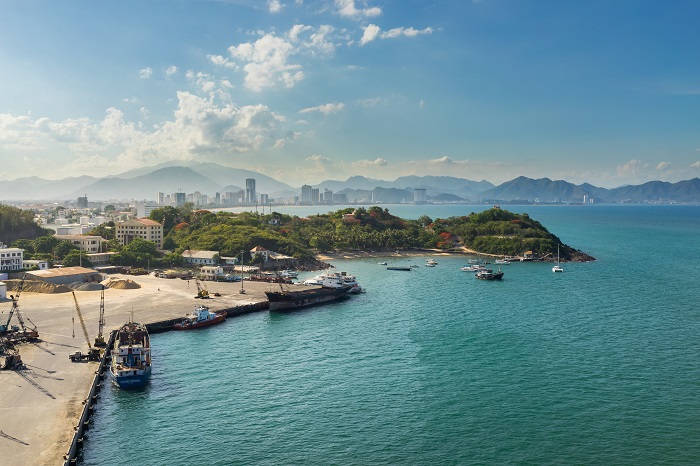 The volume of US recyclable exports to alternative destinations picked up sharply in the months from August through December, after China's import ban. One market that registered a large increase: Vietnam (above). Photo credit: Shutterstock.

Exporters of recyclable material in the United States quickly began to find new Asian markets after China announced an import ban in July 2017, but the large volume shipped to China will be difficult to replace.

The volume of US recyclable exports to alternative destinations picked up sharply in the months from August through December, but even with the huge growth in container numbers, none of the Asian markets have the demand to match that of China.

Almost 80 percent of the waste product volume that enters China, which Drewry Maritime advisers estimated at 4 to 5 million TEU in 2016, is shipped from the United States, Japan, and the United Kingdom. The curbs on a wide range of waste imports were implemented on Jan. 1, with enforcement beginning March 1. But the announcement of the pending bans last year set up a chain reaction of shippers pulling back on their exports and Chinese recyclers slashing imports.

On the carrier front, not all container lines saw a decline in their volume of recyclable exports being shipped out of the United States. Cosco actually increased its volume 7.9 percent to 128,775 TEU even when China Shipping Container Lines is included in the 2016 figures for comparison. CMA CGM-APL grew 7.2 percent to 184,023, while OOCL increased volume 5.9 percent to 44,038. HMM was buoyed by Hanjin and increased its US recyclable material exports 63.7 percent to 45,791 TEU.

Some good news for US recyclables exporters

In the wastepaper sector, total US exports fell 13.4 percent to 1.1 million TEU as a result of China drastically cutting back on the granting of import licences for cardboard in 2018. It is a problem as carriers use recycling waste bales to build up load factors on lower demand backhaul routes.

However, the good news for US exporters is that cardboard packaging for international products requires the long fiber material that is mainly provided by US suppliers, and China is prioritizing that tonnage.

Gary Waters, global logistics director of Cyclelink International Holdings, one of the UK’s top three recyclable material exporters, said this meant the United States would win a greater percentage of the fewer import licences being issued.

“China’s mills prefer US material because of the longer fibers. The number of import licences has been reduced, but the percentage make-up of the quotas in place means there has to be more from the United States and less from Europe, with the mills able to replace some of the European material with domestically sourced material,” he said.

This preference for US cardboard was hurting suppliers in the United Kingdom, one of the main exporters of recyclable material to China. Data from Global Trade Atlas, a sister product of JOC.com, clearly shows the UK’s struggle to find alternative markets with its exports to the world of the waste commodities banned by China declining 20.8 percent in 2017 to 3.8 million tons.

“There is a complete ban on post consumer plastics, around 400,000 tons a year of which is exported from the United Kingdom to China, and a complete ban on mixed paper, which exports 1.1 million tons a year to China,” said UK Recycling Association CEO Simon Ellin. “This has cut the numbers of containers our members export by 40 to 50 percent.”