US to cancel, reduce some tariffs under partial trade deal with China

US to cancel, reduce some tariffs under partial trade deal with China 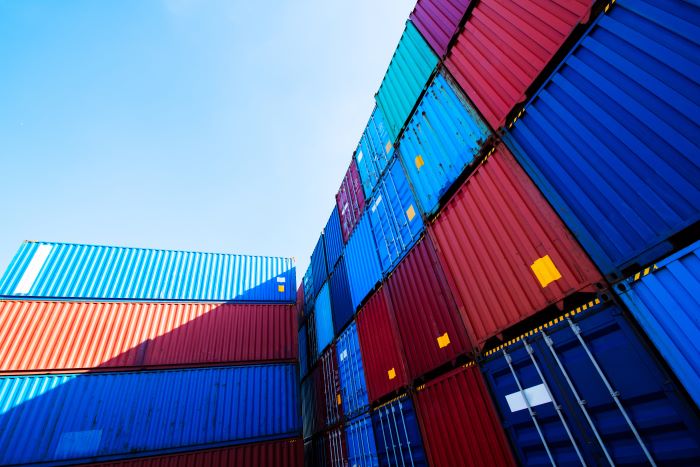 Tariffs being canceled ahead of their implementation Sunday involve a 15 percent levy on $160 billion worth of Chinese goods, including cell phones and laptops. Photo credit: Shutterstock.com.

(This story has been updated with details of the “Phase One” US-China trade deal released Friday.)

The United States and China have agreed to a limited trade deal that cancels US tariffs on Chinese imports due to go into effect Sunday while reducing some, but not all, tariffs already in place, the White House said Friday.

In exchange, Beijing agreed to buy $50 billion worth of US farm goods and tighten intellectual property protections.

“The United States and China have reached an historic and enforceable agreement on a Phase One trade deal that requires structural reforms and other changes to China’s economic and trade regime in the areas of intellectual property, technology transfer, agriculture, financial services, and currency and foreign exchange,” the office of the United States Trade Representative said in a statement. “The Phase One agreement also includes a commitment by China that it will make substantial additional purchases of US goods and services in the coming years.”

The “phase one” deal — part of a larger, overall trade agreement with China that still needs to be negotiated — would significantly throttle back tensions between the two superpowers that have rattled the container shipping sector and US import community for more than a year and a half. President Donald Trump in early October announced that an agreement on phase one had been reached, but it took another two months for the details to be hammered out. It was not immediately clear when the accord would be signed.

Trump, on Twitter Friday, said the US and China will begin negotiations “immediately” on the second phase of the deal, “rather than waiting until after the 2020 election.”

The tariffs being canceled ahead of their implementation Sunday involve a 15 percent levy on $160 billion worth of key Chinese goods, including cell phones, laptops, shoes, and apparel. Existing tariffs of 15 percent on another $120 billion in goods that have been in place since September will be halved to 7.5 percent as part of the deal. But 25 percent tariffs on another $250 billion worth of Chinese imports, in place since May, will remain in effect.

Retailers warn of 'drag' on US economy

News of the agreement will be welcomed by US importers and others who blamed the tariffs in large part for the global economic slowdown that has crimped container volumes. The National Retail Federation (NRF), an outspoken critic of the Trump administration’s trade policies, on Monday said the US-China trade war has been a “drag” on the US economy.

“... [T]ariffs are bad for both consumer and business confidence, and we hope that the December tariffs will be canceled or postponed as a sign of good faith,” said Jonathan Gold, NRF’s vice president for supply chain and customs policy.

NRF released its Global Port Tracker report, as compiled by Hackett Associates, forecasting that November container volumes are expected to jump to 1.95 million TEU, up 3.7 percent from 1.88 million TEU in October and an 8 percent year-over-year gain. NRF said the jump was linked to retailers front-loading imports from China ahead of the scheduled December tariffs.

But the group warned that container volumes for December and January were forecast to show year-over-year declines due to the US-China trade tensions.

“We need a deal with China as soon as possible so we can bring an end to the trade war that has put a drag on the US economy for far too long,” Gold said.