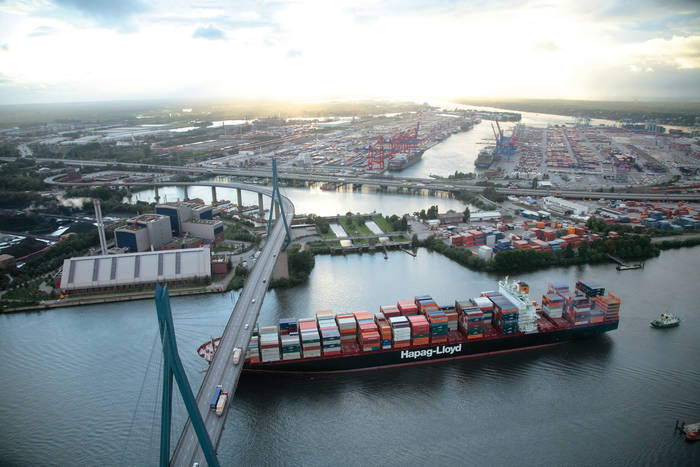 A surge in US imports from Asia during December and reports of strength this month have launched carriers into a busy new year, but uncertainty on the trans-Pacific after Chinese New Year and weaker demand from Europe could check momentum on both trades.

Driven by front-loading of spring merchandise and late shipments that were front-loaded to beat a now-extended tariff deadline, US imports from Asia rose 21.8 percent year over year in December, to 1.56 million TEU, according to PIERS, a sister product of JOC.com. The deadline for US importers to avoid an increase of tariffs from 10 percent to 25 percent on $200 billion worth of goods was extended by the Trump Administration in early December from Jan. 1 to March 1.

Rolf Habben Jansen, CEO of Hapag-Lloyd, told JOC.com that the trans-Pacific peak season was far stronger than expected and that demand has continued into December.

“Towards the end of the year we saw again very healthy volume, and what I can see is that also the beginning of the year has been fairly strong and we see good volume,” he said.

But the outlook for demand beyond Chinese New Year, the lead up to which shippers generally import more because Asian factories close for roughly two weeks, is murky. Chinese New Year begins Feb. 5.

US retailers are signaling a modest slowdown in imports. Year-over-year imports are projected to decline 2.1 percent in January, 1 percent in February, and 1.7 percent in March, according to the Global Port Tracker, which is published each month by the National Retail Federation and Hackett Associates.

Cosco subsidiary OOCL reported a 26 percent increase in trans-Pacific revenue in the fourth quarter, with container volume rising by 6.1 percent to 501,275 TEU. For the full year, the trans-Pacific volume grew by 9 percent to 1.9 million TEU while revenue was up 18 percent.

Still, uncertainties in the global container trade for the next few months remain front and center in shipping outlooks. Although Habben Jansen had a reasonably positive attitude, he said it was unclear how soon the market would pick up after Chinese New Year.

“The future is difficult to predict, and there is a sentiment in the market that because of what we’ve seen — some orders pulled forward toward the end of the year — that we will thus see slightly softer volumes for some weeks after Chinese New Year, and that could be the case,” he said.

“Of course, there is some uncertainty about what is going to happen after Chinese New Year, but right now I do not see a lot of indications that we will see a more than the usual slowdown. Peak season, however, should again be fairly strong.”

ONE in its third-quarter results announcement said it had conservatively factored into its forecast uncertainties in the external environment, such as the effects of China-US trade friction, slowing European economies, and the impact of China’s environmental protection laws on backhaul trades. With this in mind, the carrier said its full-year net loss is projected at $594 million, the same level of the previous forecasts.

Full-year volume data are not yet in for the Asia-Europe trade, but the figures from Container Trades Statistics for January through November show Europe import volume from Asia was up just 1.2 percent to 14.5 million TEU.

Alphaliner said carriers are planning to add up to 28,000 TEU weekly on the Asia-North Europe trade this year, representing a capacity increase of 10 percent on the route. The capacity surge will add downward pressure on Asia-North Europe freight rates, as demand is not expected to keep up with the increase in supply.

The 2M Alliance of Maersk and Mediterranean Shipping Co. are the only carriers that do not have additional capacity planned for 2019, apart from the reintroduction of the AE2/Swan service after a 12-week withdrawal in September-November last year, Alphaliner noted. But the analyst said 2M might not be as willing to withdraw service capacity again this year as its rivals continued to erode the alliance’s market share on Asia-North Europe.

Lars Jensen, CEO of SeaIntelligence, was also predicting a capacity growth rate of about 10 percent. He told JOC.com that in order to manage the phase-in of mega-vessels on Asia-North Europe, he expected to see further rationalization in the number of services offered on the trade.