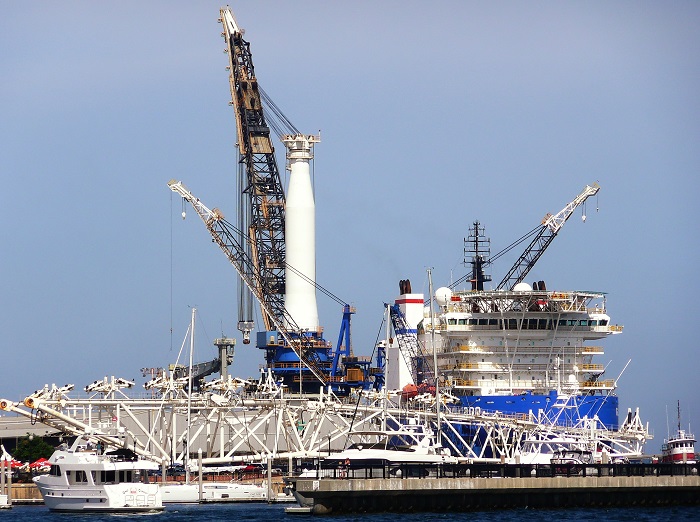 World Direct shipments through Pensacola are expected to be dominated by exports, including wood and paper, but also will include imports. Photo credit: Shutterstock.

Pensacola has joined Port Manatee as the second Florida port call on World Direct Shipping’s weekly niche container service between the US Gulf and Coatzacoalcos, Mexico.

The new container service will be Pensacola’s first. World Direct CEO Carlos Diaz said the port near the tip of Florida’s panhandle will complement the carrier’s current calls at Port Manatee, near the mouth of Tampa Bay. Port Manatee is the 10th-largest port for seaborne containerized imports from Mexico, with 8,000 TEU and a market share of 4.4 percent in 2017, according to PIERS, a sister product of JOC.com within IHS Markit.

Shipments through Pensacola are expected to be dominated by exports including wood and paper but also will include imports that World Direct now delivers to the region from Port Manatee by truck, he said.

“We feel that Pensacola is strategically located,” Diaz said. “This will provide us with better access to the southeast market, including Atlanta.”

Seaborne containerized exports to Mexico rose 3.2 percent to 45,194 TEU through November, according to PIERS. That growth was led by a 12 percent increase in boilers and heating equipment to 2,437 TEU, as shipments of wood pulp and paper including waste fell 8.4 percent to 16,849 TEU.

Palmetto, Florida-based World Direct operates two vessels. The carrier owns the Queen B, a 435-foot vessel with a 657 TEU capacity, and charters a similar-sized vessel. The chartered vessel will be replaced when World Direct takes delivery of a purchased, second vessel in the fourth quarter of this year.

The new call was big news in Pensacola, which handles a variety of breakbulk and bulk cargoes. Port director Amy Miller said the port is “incredibly excited” by the new service, which will be handled by Pate Stevedore.