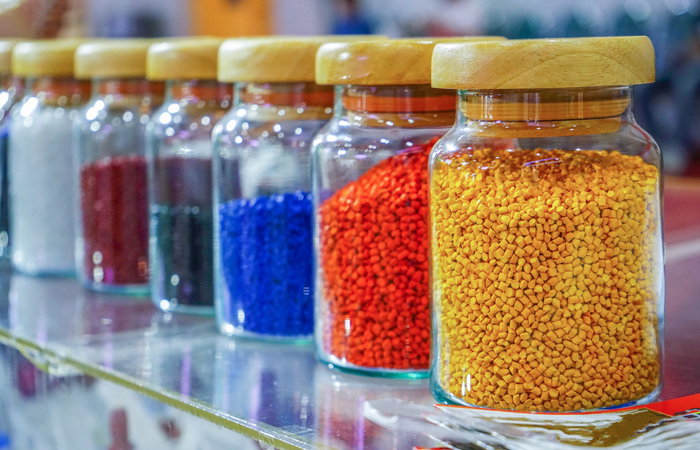 US resin exports grew in all of the biggest resin-importing countries in 2019 except China and Hong Kong in 2020. Photo credit: Shutterstock.com.

After two years of double-digit export growth, analysts expect US resin exports to drop in 2020 as plummeting oil prices make foreign producers more competitive with US manufacturers and global demand for resins drops due to the coronavirus disease 2019 (COVID-19).

Demand for resins, which are used to make plastics, is expected to decline as countries shut down their economies to fight COVID-19, said Joel Morales Jr., executive director of polyolefins for North America at IHS Markit, parent company of JOC.com. And the drop in US resins exports could be severe if oil prices remain low or continue to fall, he said.

IHS Markit predicted in April that US resin exports would decline by 82,000 TEU or about 9 percent in 2020 compared with last year, primarily due to a precipitous drop in global oil prices caused by downward pressure on demand from COVID-19 and a refusal by OPEC and Russia to cut production. US resin exports in 2020 totaled 872,995 TEU, according to PIERS, a sister company of JOC.com within IHS Markit.

The impact of oil prices on US resins stems from their manufacture with low-cost shale gas produced in the Gulf Coast region using a byproduct, ethane, as a feedstock or raw material. With high oil prices, that makes US-made resin cheaper than that made by foreign producers using feedstocks from oil.

Oil prices have plummeted since the beginning of the year, with global benchmark Brent crude hitting a 20-year low of $24.74 on April 1. The oversupply will be mitigated somewhat by an April 12 agreement forged by the United States, Russia, and Saudi Arabia in which 23 countries committed to collectively withholding 9.7 million barrels of oil a day from global markets.

IHS Markit’s prediction of a loss of 82,000 TEU in resin exports in 2020 was made before the April 12 accord. If oil is priced below $20 a barrel, it “absolutely challenges and changes the equation in the near term of North American competitiveness,” said Morales. In that scenario, much of the demand formerly served by the US resin sector would be picked up by Asian producers, he said.

However, that could change if the price of oil rises as oil producers cut back on production, he said. IHS Markit expects the oil price to dip below $20 a barrel in May but to average over $30 a barrel for the year, which will still hurt the competitive edge of US resins producers but not nearly to the same extent, Morales said.

The oil price decline adds to the already uncertain outlook for US resin exports as global economies shut down amid the fight against the coronavirus, which IHS Markit expects to reduce demand for resins. At the same time, the US resin sector faces a rise in Chinese production of resins. And the US sector continues to feel the effects of the 25 percent tariff that China levied on resins in August 2018 as part of the trade war with the US, although an interim agreement in January offers hope that US resins to China could go up again.

A decline in resin exports would be a swift turnaround for US producers, who saw US resin exports increase in 2019 and 2018, by 29.4 percent and 12.7 percent, respectively, despite the Chinese tariffs, according to PIERS figures. But monthly resin export growth was already decelerating steadily through 2019 and the start of 2020. While the monthly volume through most of 2019 was 20 to 35 percent above the same months in 2018, exports in January were just 12.9 percent over the year earlier.

Even with a possible decline in US resin exports, resin plants scheduled to open in 2020 will do so, Morales said. Existing US resins plants are located mostly along the Gulf Coast, fueled by access to low-cost shale gas produced in the region, and so are the new plants. The LyondellBasell Equistar plant in Laporte, Texas, opened in the first quarter of this year, and Sasol in Lake Charles, Louisiana, and Formosa Plastics Corp. in Point Comfort, Texas, are set to open in the third quarter, Morales said.

But four others planned to begin construction in 2021 could be delayed, and plants planned for 2022 and beyond could be canceled entirely, Morales said.

Despite the expected slowing of growth rates, industry executives say they have yet to feel any downturn in demand for US-made resins.

Export volumes handled by Vinmar Group, a global marketing and distribution company that specializes in resin exports, are up so far this year compared with the same period in 2019, and the company expects that trajectory to continue, said Alessandro Menezes, the company’s director of transportation.

“Bookings are strong,” Menezes said, adding that the company’s biggest concern is “the tight vessel space capacity due to blank sailings pushed by softening of the import demand.”

Roger Guenther, executive director at the Port of Houston Authority (POHA), which handled about half of all US resins exports in 2019, said that given the high quality of resins produced in the region and the rapid increase in port resin exports in 2019, he doesn’t anticipate a near-term decline. Resin exports through Houston increased 52.4 percent to 432,417 TEU in 2019, over 2018, PIERS figures show. “And who knows how long the price of oil is going to stay where it's at,” Guenther said.

Ragusa noted that the full impact of the coronavirus on oil demand — and prices — is still unclear. “It’s hard to forecast how quickly demand that was lost due to a slowing of global manufacturing will return to normal levels,” she said.

But M. Can Fidan, vice president of business development for MTS Logistics, a New York-based non-vessel operating common carrier (NVO) that specializes in shipping resins, said he has already seen a small drop in orders due to the oil price cut and the impact of COVID-19. “We have a few customers who advised us that their buyers are sourcing cargo from some other place,” said Fidan, who works with traders who buy US resins and sell them around the world.

Global shift in US resin exports

While the oil price drop could cut US resin exports, the “phase one” trade deal between the US and China signed in January could pave the way for some resurgence in US resin exports to China.

The nearly two-year trade war between the US and China that began in 2018 included several waves of US tariffs on imports from China, and counter tariffs placed on US-made goods, including on resins. Under the January agreement, China agreed to cut its tariff on US exports of the resin polyethylene from 30 percent to 27.5 percent, and the Chinese government later allowed Chinese companies from March 2 to apply for a waiver from the remaining tariffs on polyethylene, according to Chemical Week, a JOC.com sister publication within IHS Markit.

Growth in US resin exports was widespread globally, with only two destinations reporting declines in inbound US volume in 2019. China and Hong Kong, which together account for about 13.5 percent of US resin exports, saw imports of US-made resins decline 4.1 percent and 8.7 percent, respectively, according to PIERS.

The Chinese tariffs also had a direct impact on resin exports from the ports of Los Angeles and Long Beach, which together exported more US resins in 2019 than any US port except Houston. Combined, the two ports accounted for 10.7 percent of US resins exports in 2019, and representatives of both ports told JOC.com the tariffs contributed to the 1.5 percent drop in resin exports to 94,145 TEU in 2019, as reported by PIERS.

Marcel van Dijk, marketing manager at the Port of Los Angeles, said that although volume of resins exported to China declined, those losses were offset in large part by “a huge increase in resin exports to Southeast Asia in 2019.”

Resin exports increased to the remainder of the 20 largest importers of US resins, in most cases by double digits, PIERS figures show. The largest proportional increases in the import of US-made resin occurred in Malaysia, where volumes skyrocketed 185 percent to 38,628 TEU in 2019. US resin exports to Vietnam surged 118.7 percent to 19,966 TEU, and Singapore experienced a 49.7 percent increase in imports of US resins to 9,639 TEU. All three are emerging economies that either import resins to meet growing domestic demand or import them for supply to other Asian countries, Morales said, adding that this growth was likely unrelated to the US-China trade war.

Exports of US resins to Belgium, the second-largest importer of US resins and a gateway to Europe for US producers, increased 23.9 percent year over year to 69,504 TEU in 2019, as producers sought to sell more there to make up for the decline in Chinese exports, Morales said.