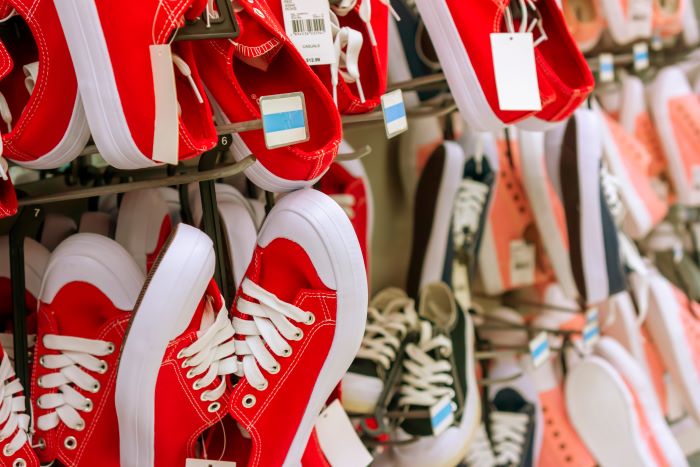 Additional 15 percent import duties on footwear imported from China could be devastating for the highly price-sensitive, low-cost shoes sourced there. Photo credit: Shutterstock.com.

After dodging the worst effects of the United States-China trade war for most of the past year, importers of some classifications of shoes began paying 10 percent duties last month and are bracing for an escalation of duties in mid-December.

US imports of footwear from Asia rose 1.6 percent year over year in the first nine months of the year, as an 8.9 percent rise in shipments from Southeast Asia offset a 1.1 percent decline in Chinese imports, according to PIERS, a sister company of JOC.com within IHS Markit. The 10 percent duties on Chinese footwear took effect Sept. 1, and additional duties of 15 percent are scheduled to come into effect Dec. 15.

With more than 50 percent of the 2.5 billion pairs of imported shoes each year coming from China, attendees at the Footwear Trade Distribution and Customs conference in Long Beach this week were told to expect a continued high degree of uncertainty in their supply chains, and higher landed costs for imports whether or not the next round of tariffs takes effect Dec. 15.

“When duties go up, costs go up,” Matt Priest, president and CEO of Footwear Distributors and Retailers of America (FDRA), said.

China is the largest source of US footwear imports, with a market share of 53 percent in 2018, according to the FDRA’s spring executive report. Footwear was not affected by the first two rounds of Trump administration tariffs on US imports from China. However, with the so-called third tranche of tariffs that took effect Sept.1, the landed cost of those shoes that were tariffed increased from $11.47 to $12.50, Priest said. If the fourth tranche scheduled for Dec. 15 takes effect, the landed cost will increase to $14.22, he said.

While that may not sound like a major cost increase to some consumers, it will be a hard hit to the low-end shoes that are produced in China and sold to price-conscious consumers in the US. “Hundreds of millions of pairs of shoes are sold at Walmart,” he said.

Footwear sourcing has been shifting gradually over the past decade to Vietnam, largely because of lower labor costs there. Vietnam’s share of US imports increased from 7.8 percent 10 years ago to 23.3 percent in 2018, according to the FDRA. However, shifting production comes with higher costs in other areas of the supply chain, which negate at least some of the savings in labor costs. Therefore, the duty savings involved in shifting more production to Vietnam or other countries could be offset in part or completely by higher logistics costs, Priest said.

For years, footwear has incurred average import duties of about 11 percent. The total industry bill for these tariffs in 2018 was $2.9 billion each year. If the additional 15 percent duties take effect on Dec. 15, that bill will increase to $5.2 billion, Priest said.

Freight forwarders and customs brokers who addressed the footwear conference said importers have some tariff mitigation options available, including delaying duties by holding merchandise in foreign trade zones until they are ready to ship to store shelves, and applying to the office of the US Foreign Trade Representative for exclusions from the duties. Priest said going the exclusions route will most likely be disappointing.

“Less than 1 percent of exclusion requests are approved. Don’t hang your hat on this one,” he said.

In a logistics sense, the September tariffs so far have not had a major impact on the time it takes for US Customs and Border Protection (CBP) to clear footwear shipments, said Mari Bermejo, customs brokerage operations manager at the Geodis Team. She advised importers to file their shipment data as early as possible to give Customs time to clear the shipments.

The continuing shift of footwear sourcing to other countries such as Vietnam makes it incumbent upon importers to produce documentation that shows the shoes were actually manufactured in those countries, said Jeff McCauley, vice president, global accounts, at Thomson Reuters. “Trump tariffs have brought country of origin really into focus,” he said.

Additionally, industry experience with other products that were subject to the first two rounds of tariffs this past year shows that as tariffs increased, CBP found importers’ bonds were inadequate. The same could happen to footwear importers, especially if the December tariffs take effect. “When you obtain your new bond for the next 12 months, you may be asked to put more collateral down,” Bermejo said.

Because the importer of record is ultimately responsible for ensuring that all documentation is accurate and complies with duty requirements, they must remain vigilant and work closely with their brokers and other service providers as the uncertainties in this market are not expected to go away anytime soon.

“The only good point about the Sec. 301 duties [on footwear] is that they have generated a team approach. There is a closer working relationship today,” said Erin Williamson, compliance manager, US Customs brokerage product, at Geodis.

On Monday, when Trump and Chinese leader Xi Jinping were still scheduled to meet Nov. 15 in Santiago, Chile, at the Asia-Pacific Economic Cooperation meeting, footwear importers remained hopeful that an agreement could be reached to prevent the December tariffs from taking effect. However, Chile’s government on Wednesday announced the APEC conference was being canceled due to ongoing civil unrest in the country.

Even before Wednesday’s announcement, Priest had emphasized that footwear importers should expect the “drumbeat of uncertainty” to continue to impact their industry in the near future based upon Trump’s strategy for dealing with foreign trade issues.

“The president said, ‘I thrive on uncertainty.’ We don’t,” Priest said.