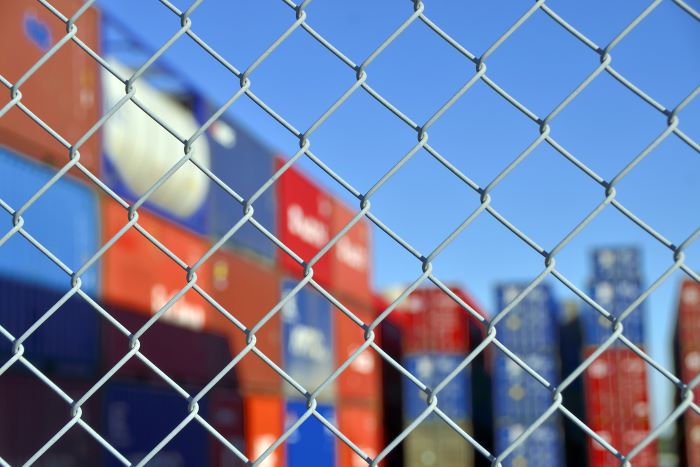 In addition to the interior US, a shortage of empty containers is also emerging in the agricultural-rich Central Valley of California. Photo credit: Shutterstock.com.

Carriers are warning US exporters that with Chinese factories crippled for a third consecutive week and carrier announcements of more than 80 blank sailings in February and March, the shortage of empty containers beginning to surface in the US interior will intensify in the coming weeks.

Additionally, export spot rates to Asia are beginning to increase as space on vessels leaving US ports tightens. The World Container Index Los Angeles to Shanghai rate had climbed to $450 per FEU as of Feb. 13, from $355 on Dec. 12.

“The imminent thing is the escalating number of blank sailings. That is going to have an impact on the influx of equipment to the US,” said Uffe Ostergaard, president of Hapag-Lloyd Americas.

A sudden downturn in imports can result in a shortage of containers that are available to carry US exports. With fewer laden inbound containers unloading in population centers such as Chicago, Minneapolis, or Columbus, Ohio, there will be insufficient empty containers in those regions to meet the demand from exporters for products such as scrap materials or agricultural commodities.

Carriers are beginning to notify customers that the growing number of blank sailings in the trans-Pacific due to factory shutdowns in Asia for the week of Lunar New Year in late January, followed by extended shutdowns due to the coronavirus (COVID-19) in China, would disrupt the flow of import containers into the US.

“The carriers are notifying us about a shortage,” said Hayden Swofford, independent administrator of the Pacific Northwest Asia Shippers Association, which represents forest products exporters. The container shortages normally develop first in the interior, but eventually work their way back to the West Coast, he said.

Exporters of soybeans and specialty agricultural products in the upper Midwest have begun to experience problems getting all of the empty containers they need, said Bruce Abbe, transportation strategy adviser to the Specialty Soya and Grains Alliance.

“It’s blank sailings compounding other blank sailings,” Abbe said. Canceled sailings and staff shortages at shipping lines and warehouses across Asia, especially in China, are limiting the volume of Asian exports to the United States, he said. Spot shortages of containers are surfacing near hubs such as Chicago and Minneapolis. “There’s a lot of uncertainty now. Everybody will be looking to do work-arounds the best we can,” Abbe said.

Kevin Krause, vice president of ocean services at Seko Logistics, said that despite booking strong volumes in January and February, he has not seen widespread container shortages yet at depots around Chicago. “But I anticipate we will,” he said.

From past experiences after the Lunar New Year, exporters around Chicago, Minneapolis, Detroit, and Cincinnati and Columbus in the Ohio Valley, will probably encounter shortages of empty containers, which could be more extensive this year because of the extended factory closures due to the coronavirus, Krause said.

A shortage of empty containers is also emerging in the agricultural-rich Central Valley of California, said Peter Friedmann, executive director of the Agriculture Transportation Coalition.

So far, export shipments in the trans-Pacific have not been rolled due to a lack of vessel space. Export shipments this season have been consistent, but Krause said Seko is alerting its customers that exports could spike in March, which is normally a peak month in the westbound trans-Pacific.

Carriers are also notifying customers of general rate increases (GRIs) in the westbound Pacific, which indicates they anticipate bookings will pick up. “We’ve seen GRIs of $50 to $200,” Swofford said. The higher figure is up from a $100 increase last month, he said.

Average export spot rates the past two weeks have been $450 per FEU from Los Angeles to Shanghai, according to the JOC Shipping & Logistics Pricing Hub. By contrast, the eastbound rate from Shanghai to Los Angeles is $1,423 per FEU. Therefore, GRIs in the westbound trans-Pacific normally represent a higher percentage increase than eastbound, but the total shipment cost is less for the lower-priced export commodities.

Some carriers told JOC.com this week they not only anticipate that export rates will go up, but also that they will begin limiting shippers to the volume agreed upon in their minimum quantity commitment (MQC), with the exporters having to sign new contracts if they intend to exceed their MQC.

The US East Coast has yet to feel the drop in imports because of longer transit times from Asia. “As of this moment in terms of discharging and loading, it’s not a factor, but it will become a factor as we get into March,” said Sam Ruda, the seaport director at the Port Authority of New York and New Jersey.

“I am not seeing any structural equipment imbalances,” he added. “That may start looking a little different in the next few weeks as we see what the volumes look like, so we're keeping a very close eye on it.”