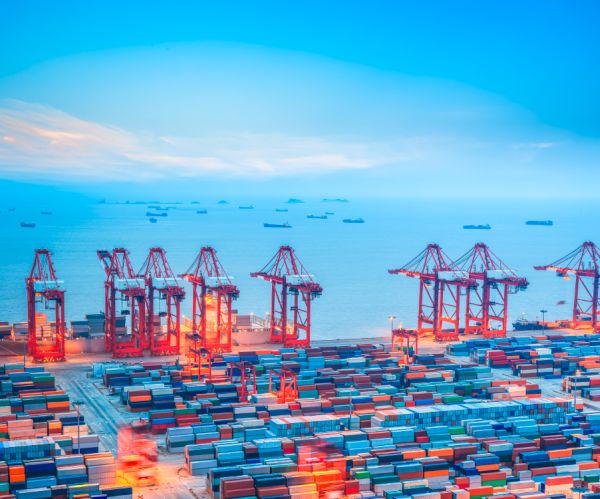 Carriers’ schedule reliability from Shanghai to Oakland, Calif., showed the greatest variation in eastbound Asia-to-Southern California route performances during the period from the third quarter of 2011 through the fourth quarter of 2013, according to SeaIntel’s latest Sunday Spotlight report.

By analyzing the regularity of container ships departing from the ports of Busan, South Korea; Hong Kong; and Shanghai to the Port of Oakland and the Los Angeles-Long Beach port complex, shippers can determine which carriers to use in order to obtain the best on-time service for these particular eastbound trans-Pacific routes, SeaIntel said. This information is particularly valuable for both retailers and container lines during the annual contract negotiation season, which for the trans-Pacific eastbound trade will conclude by May 1.

The Grand Alliance faced the most challenges with variation in performance across the carriers within the alliance, SeaIntel said.

Average on-time performances in the Asia-Oakland trade lane from the third quarter of 2011 through the fourth quarter of 2013.
Full-size image

From Busan to Oakland, the best performers since the third quarter of 2011 were the P3 carriers — Maersk Line, CMA CGM and Mediterranean Shipping Co. — which performed at an average of 96.5 percent, only beaten by the New World Alliance carriers — APL, Hyundai Merchant Marine and Mitsui O.S.K. Lines — in the third quarter of 2012. Although the P3 Network has not yet been approved by regulators, its carrier members are already onboard together on their Asia-U.S. West Coast services via vessel-sharing agreements or slot charter agreements.

In the Busan to LA-LB corridor, the P3 carriers again had the best on-time performances in the last 10 quarters, achieving an average of 96.1 percent, followed by the NWA with an average of 90.4 percent. Notably, Evergreen performed “relatively poorly” in 2011 and 2012, but its reliability performance picked up “considerably” in 2013, SeaIntel said.

The worst performer in the Busan to LA-LB trade was the Asia-USWC “newcomer” United Arab Shipping Co., which has operated in a vessel-sharing agreement with CSCL in the trade lane since May 2013, according to SeaIntel. UASC reported an average on-time performance of 50.9 percent, followed by CSCL and Zim, which both scored 55.4 percent. The CKYH carriers — Cosco Container Lines, “K” Line, Yang Ming and Hanjin Shipping — reported the greatest differences in results.

In the Hong Kong to Oakland corridor, the NWA carriers had the best overall on-time performance in the last 10 quarters, averaging 97.8 percent, followed by PIL with 95.3 percent. Evergreen, CSCL and Zim all performed above 90 percent primarily because of the high performance of the Evergreen-operated HTW service, where CSCL and Zim have slots, SeaIntel said.

The GA carriers performed “relatively poorer” than their soon-to-be G6 partners on Asia-USWC, with an average performance of 77.5 percent over the entire period, SeaIntel noted.

“As this performance is significantly under the P3 performance from Hong Kong to LA-LB, it strongly indicates that the performance issues arise in the arrival at Oakland, rather than an origin issue in Hong Kong,” SeaIntel said.

Average on-time performances in the Asia-LA/LB trade lane from the third quarter of 2011 through the fourth quarter of 2013.
Full-size image

Meanwhile, vessels departing from Hong Kong and arriving in LA-LB showed “much less diversity” than some of the other corridors, SeaIntel said. The best performing carriers were the P3 carriers and Evergreen, both performing at 92.6 percent, followed by CSCL, NWA, GA and Zim, which all performed in the 90.5 percent to 91.6 percent range.

The worst performing carrier in the last 10 quarters was again “newcomer” UASC, scoring 70.0 percent, although that was a “very reasonable” performance compared with the lowest carrier averages in other Asia-USWC corridors, according to SeaIntel. The major intra-alliance performance difference was seen among the GA carriers, the analyst noted.

The Shanghai to Oakland corridor showed the greatest level of variation across carriers, exhibiting some “rather interesting quirks,” SeaIntel said. The best performing carrier from the third quarter of 2011 through the fourth quarter of 2013 was PIL, which “may be a bit surprising,” as they do not operate any services between Shanghai and Oakland, but rather have slots on one of “K” Line’s services, according to the analyst. That particular service actually performed better than some of “K” Line’s other services, meaning PIL outperformed “K” Line.

The second- and third-best performers respectively on the corridor were the NWA carriers, with an overall performance of 92.7 percent, and CKYH Alliance with 89.2 percent. The lowest performers were the P3 Network members, with 61.9 percent on average, followed by Zim with 63.4 percent and CSCL with 64.4 percent.

Evergreen reported the most variable performance in the Shanghai-to-Oakland route, ranging from 0 percent in the first quarter of 2012 to 93.5 percent in the second quarter of 2013. However, in terms of carrier alliances, the GA carriers showed the greatest variability, driven by their performance differences from their participation in slot charter agreements outside of the alliance, SeaIntel said.

From Shanghai to LA-LB, the NWA was the most reliable, with an average of 90.3 percent in the previous 10 quarters, followed by the P3 carriers as a group and the CKYH alliance with 82.1 percent and 81.7 percent respectively. The worst performers were UASC, PIL and CSCL, with 50.0 percent, 53.3 percent and 55.7 percent, respectively. The greatest variation in average on-time performance was seen across the P3 carriers, although Maersk Line performed better than the other two, SeaIntel said.