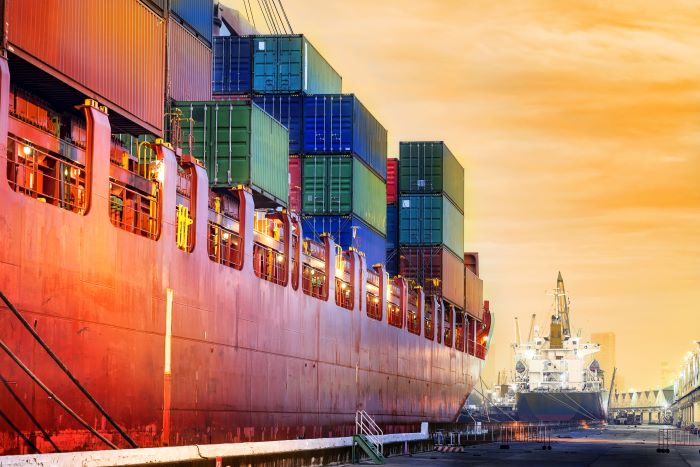 Spot rates from Asia to the United States stabilized this week as retailers anticipate a modest increase in imports next month ahead of a new round of tariffs on Chinese imports due to take effect Dec. 15.

The spot rate of $2,411 per FEU from Shanghai to the East Coast was 1.6 percent higher than last week, while the West Coast spot rate of $1,361 per FEU was down 0.5 percent, according to the Shanghai Containerized Freight Index (SCFI) published in the JOC.com Shipping & Logistics Pricing Hub.

Spot rates increased last week after five consecutive weeks of declining rates in what is normally the busiest time of the year for US imports from Asia. The 4.2 percent increase to the West Coast and 1.7 percent hike to the East Coast reflected tight vessel capacity that resulted from a return to production at factories in China that had been closed in early October for the Golden Week celebration.

The late summer-fall peak shipping season this year has been a disappointment in comparison to recent years. With the US-China trade war now in its second year, imports from Asia are up only 1.6 percent from January-August 2018. By comparison, US imports from Asia in calendar year 2018 increased 7.1 percent from 2017, according to PIERS, a JOC.com sister company within IHS Markit.

Late October normally marks the end of the peak-shipping season as the final holiday shipments arrive at US ports to be on store shelves by the Black Friday sales the day after Thanksgiving. However, the Global Port Tracker published by the National Retail Federation (NRF) and Hackett Associates projected last month that containerized imports in November will increase 8.8 percent over November 2018.

Front-loading of imports projected ahead of Dec. 15 tariffs

Trump administration tariffs of 25 percent on about $300 billion of imports from China are scheduled to take effect Dec. 15. Many of the items will be charged duties for the first time during the trade war, and they include popular electronic products such as smart phones and laptop computers. The NRF expects importers to land those products in November to avoid paying the tariffs. US and Chinese negotiators, while reaching a “phase one” agreement two weeks ago, are still attempting to reach a complete deal to end the tariff war. But, given the two to three weeks it takes for trans-Pacific services to reach North American ports, most of the orders have already been placed.

Additionally, the vessel capacity situation in the final two months of the year is uncertain, which could put upward pressure on spot rates. Carriers must dry dock dozens of vessels for about a week in order to flush high-sulfur bunker fuel out of the tanks and replace it with the low-sulfur fuel oil mandated by the International Maritime Organization (IMO). Under IMO 2020, all vessels must either burn low-sulfur fuel or be retrofitted with scrubbers in order to keep burning high-sulfur bunker fuel.

The vessel capacity situation is uncertain because carriers may replace vessels that are dry docked with other ships from their fleet in November-December. If that happens, overall capacity in the trade will not be affected. However, if bookings are weak, carriers may choose to blank those sailings. In response to softening imports, carriers have already announced 37 blank sailings for October-November, and they will suspend at least one weekly trans-Pacific service for about four months.