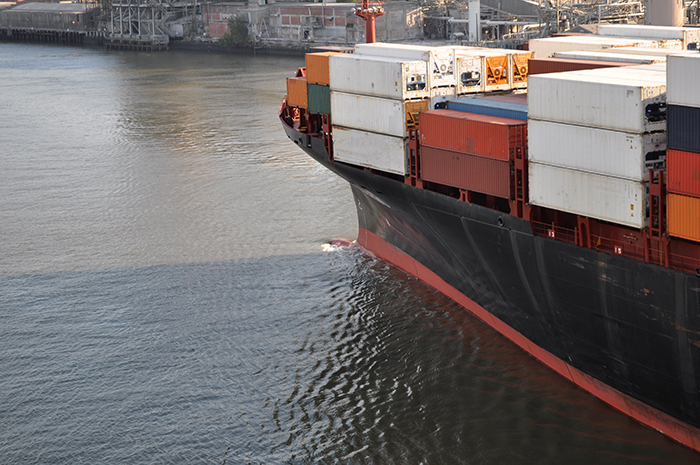 US trans-Pacific importers saw spot rates surge to the US East and West coasts, hitting the fastest clip in six weeks, but the coming month will tell whether carriers can keep capacity discipline beyond the surge ahead of Chinese factory closures.

Importers sustained spot rate increases in the eastbound Pacific of 13.4 percent to the East Coast and 7.3 percent to the West Coast this week as factories in Asia pushed more cargo out to get ahead of the factory closures during Chinese New Year.

The cargo surge and the accompanying hike in the spot rates were “definitely pre-Chinese New Year driven,” said David Bennett, president of the Americas at Globe Express Services. The spot rate for shipping a 40-foot container from Shanghai to the East Coast was $1,907, up 13.4 percent from the previous week. The West Coast rate was $1,177 per FEU, up 7.3 percent, according to the Shanghai Containerized Freight Index published on JOC.com under the Market Data Hub.

Year-over-year spot rates this week were down 26.6 percent to the East Coast and 23.7 percent to the West Coast from the same week in 2016. This trend has been underway since early September. Hanjin Shipping Co. filed for bankruptcy protection on Aug. 31, 2016, removing 7 percent of total vessel capacity in the Pacific and sending spot rates soaring through the end of the year. Spot rates this year returned to their normal seasonal levels.

The lunar New Year in 2018 falls on Feb. 16, two and one-half weeks later than in 2017. Although importers this year are not as rushed to ship their merchandise from China before factories there close for a week or two, Bennett said the trend in recent years has been to ramp up imports in December. “It used to be that after Thanksgiving it was a sleepy time, but December last year and the year before were busy,” he said.

Also adding to the sense of urgency is the end-of-the-year expiration of import quotas on some products, Bennett said. Finally, some carriers had filed for general rate increases (GRIs) effective Dec. 1. The staying power of the GRIs will be tested in subsequent weeks. In recent months, spot rates got a temporary bump the week before the effective date of the GRI, but the increases dissipated rapidly in subsequent weeks.

Another dynamic at play this year is that carriers have been offering more attractive prices on their all-water services to the East Coast in order to fill the additional capacity they have entered into the Panama Canal route with completion of the canal expansion project and the Bayonne Bridge-raising project in New York-New Jersey that enables much bigger ships to access the largest East Coast port.

Historically, East Coast all-water rates were about $1,000 per FEU higher than the port-to-port rates to the West Coast. The all-in price through the West Coast to many destinations in the eastern half of the country is higher when the intermodal rail costs are added. However, with the spread between the all-water route and the port-to-port West Coast rate now closer to $500 per FEU, more East Coast importers are finding value in shipping via the all-water routes.

In addition to the declining spread between East and West Coast rates, Bennett said he has noticed of late that carriers are attempting to maintain higher prices to the West Coast, possibly to improve their bottom lines. After six consecutive years of financial losses in their global operations, carriers in 2017 are projected to show a profit. Bennett added that owing to the improving US economy, carriers appear to be showing more “resolve” in their pricing strategies.

Bennett said it is too early to tell if the service contracts that are signed next spring will show a continuation of the carriers’ resolve to price so that they can stay in the black, but carrier consolidation the past 18 months, and further consolidation among the three Japanese carriers by April 2018, may give carriers more leverage. “That’s the purpose of consolidation,” he said.

Rolf Habben Jansen, CEO of Hapag-Lloyd, told the JOC Container Trade Europe conference in September that growing trade volumes and declining carrier orders for new vessels could bring supply and demand back into balance as early as 2018.