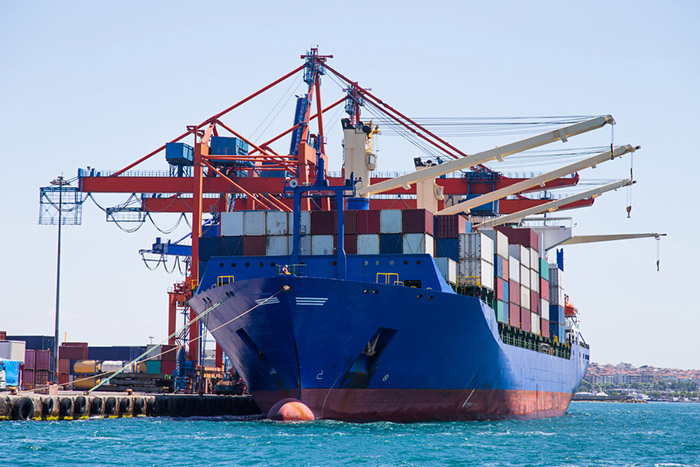 In what is possibly the most counter-intuitive development so far in this year’s unconventional trans-Pacific peak-shipping season, carriers have announced the suspension of two Asia-U.S. services just as the trade enters the traditionally busy summer months. Further service cuts are possible.

According to this week’s edition of Alphaliner, the Ocean Three Alliance/Hamburg Sud AAE 3 service from Central China to the U.S. East Coast will be suspended beginning at the end of June. Also, Alphaliner reported that earlier this week that the G6 Alliance in mid-June was suspending its CC1 service from Central China to the West Coast. However, the G6 is bringing back its CC2 service, which covers basically the same ports, after it had been suspended for the winter. The CC2 will feature larger ships than the CC1 service.

“These moves are unprecedented as they occur at the start of the traditional summer peak season, reflecting the very weak market conditions,” Alphaliner said. “Further trans-Pacific capacity cuts are expected to be confirmed in the coming weeks, including at least one more Far East-U.S. West Coast service.”

The eastbound trans-Pacific, which is the largest U.S. trade lane, normally operates in predictable cycles. Container volumes in the largely merchandise-based trade begin to build in the summer with back-to-school shipments. In August, the beginning of the peak season kicks in with imports of lower-cost holiday merchandise. Container volumes build rapidly in the fall, peaking in October with the higher-value merchandise that is sold by retailers during the holiday shopping season.

The eastbound trade then slows for a month or so when the holiday merchandise has been delivered. There is a brief spike in January and early February as manufacturers in Asia ship spring merchandise before closing their factories for the two-week Chinese New Year celebrations. The trade then enters a long, slack period in the winter and spring months. Carriers remove vessel capacity during the slack period and perform maintenance work on the vessels before the busy summer season begins.

Carriers earlier this year sent a subtle message that global overcapacity would affect all of the major east-west trade lanes. Container lines have been slashing capacity in the Asia-Europe trade, where rates are more volatile than in the trans-Pacific because service contracts are of shorter duration.

The capacity reductions in the Asia-Europe trade, which Alphaliner reported this week are being extended, have now made it to the trans-Pacific. With two Asia-U.S. loops being suspended, and a third likely, a total of more than 20 ships ranging in capacity from 4,000 twenty-foot-equivalent units to 8,000 TEUs could be removed from active service, Alphaliner said.

The force that is driving these capacity cuts, of course, is the dismal state of both contract and spot rates in the Asia trade to both U.S. coasts. Last month, carriers closed out service contract negotiations with their steady customers by signing contracts at the lowest freight rates ever, reportedly as low as $700 per 40-foot-equivalent unit to the West Coast and $1,500 per FEU to the East Coast for the largest retailers. Service-contract rates are locked in from May 1 through April 30, 2017, for the largest customers, although small and midsized importers and non-vessel operating common carriers may have to pay peak-season rate increases if capacity tightens during the busiest weeks.

Spot rates this year have also been terrible for carriers. They bottomed out this spring at $725 per FEU to the West Coast and $1,547 to the East Coast, according to the Shanghai Containerized Freight Index that is published under JOC.com’s Market Data Hub. However, the spot rates for the past two weeks showed modest increases. This week’s SCFI should be released on Friday.

To further complicate the supply-demand economics in the trans-Pacific, the opening of the third set of locks on the Panama Canal is set for June 26. The new locks will allow vessels with capacities up to 14,000 TEUs to transit the canal on all-water services to the East Coast. In the coming months, carriers and alliances are expected to phase larger, more efficient vessels into the all-water services.

Yet to be determined is what impact this will have on capacity to the East Coast. If alliances replace two weekly strings of 4,000-TEU ships with one weekly string of 8,000 TEUs, there will be no net increase. Also, if carriers shift some services of bigger ships from the Suez Canal routing to the Panama Canal, there will be no net increase in capacity.

However, if some of the services with smaller ships remain, and carriers come in with new services with bigger ships through the new locks, overall capacity will increase. Under those conditions, carriers would have to divert some container volume from West Coast services in order to fill the additional capacity to all-water East Coast, but that would drive freight rates to the West Coast even lower. The final option is for carriers to pray for an unexpected surge in cargo that would lift all ships.

Canada Trade and Shipping Outlook
TPM22: What We Learned — Container Shipping in the Crosshairs
Managing E-Commerce From Order to Delivery and Beyond
END_OF_DOCUMENT_TOKEN_TO_BE_REPLACED