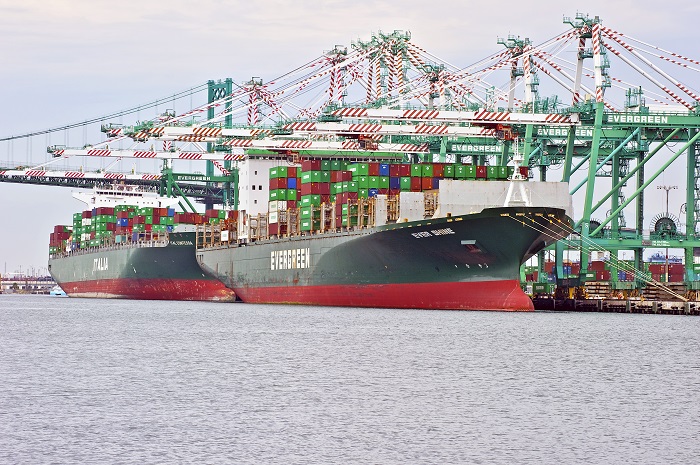 Beneficial cargo owners prefer predictability in the rate cycle because it helps them to budget for their transportation costs. (Above: The Port of Los Angeles.) Photo credit: Shutterstock.com.

After two years of disruption that included expansion of the Panama Canal, the Hanjin Shipping Co. bankruptcy, a series of high-profile carrier mergers, restructuring of vessel-sharing alliances (VSAs), and a steady increase in vessel capacity, the eastbound Pacific is returning to normal seasonal trends as evidenced by this week’s spot rate index.

The Shanghai Containerized Freight Index (SCFI), published in the JOC Shipping & Logistics Pricing Hub, is a good measure of stability because it normally moves in a predictable fashion along with seasonal trends. The SCFI on Friday finally posted the first year-over-year increase of 2018 as the Shanghai-East Coast rate increased 1.4 percent from Week 20 in 2017 to $2,331 per FEU. The Shanghai-Los Angeles rate, at $1,308 per FEU, is almost at parity, down only 1.4 percent from the same week last year.

Beneficial cargo owners (BCOs) prefer predictability in the rate cycle because it helps them to budget for their transportation costs. However, the past two years have been filled with change and uncertainty. The Hanjin bankruptcy on Aug. 31, 2016, was a highly disruptive event that removed 7 percent of total capacity in the Pacific trades, sent spot rates soaring to levels that remained elevated throughout 2017, and created huge operational problems for BCOs and equipment providers.

The response of BCOs and carriers to the loss of Hanjin’s vessel capacity was probably more psychological than commercial because other carriers stepped in quickly to replace the capacity that was removed from the Pacific. BCOs' immediate fear was that there could be other bankruptcies because carriers had experienced six straight years of losses dating back to 2010.

In this environment of uncertainty, BCOs sought financial stability in their carrier partners, and they were willing to pay higher rates to book their cargo with those carriers deemed to have sufficient financial backing. Spot rates remained elevated from autumn 2016 until May 2017, even while capacity in the trans-Pacific increased. Weekly comparisons from autumn 2017 until recently showed spot rates running as much as 25 to 40 percent below the same weeks in the previous years.

The past two years have been marked by a large increase in capacity, especially to the East Coast, due to the widening of the Panama Canal in June 2016 and raising the height of the Bayonne Bridge in New York-New Jersey last summer. Carriers on their all-water services from Asia responded by more than doubling the size of vessels transiting the canal from 5,000 TEU to more than 10,000 TEU. Global TEU capacity rose 1.5 percent in 2017 to 20.3 million TEU, following an increase of 6.6 percent in 2016, according to IHS Markit ship data.

Uncertainty over the impact of VSAs also injected an element of uncertainty into the Pacific trade. The shotgun start of the new alliances on April 1, 2017, reduced the alliances from four to three. The new alliances were larger and controlled larger volumes of cargo, giving them a degree of leverage. Several carrier mergers also reduced choices for BCOs and increased the bargaining power of carriers in the eastbound Pacific.

Spot rates this year appear to be moving according to normal seasonal trends. The West Coast rate peaked on Feb. 2 at $1,552 per FEU before factories in Asia closed down for the annual Chinese New Year celebrations. Rates plunged for several weeks in the post-Chinese New Year lull, bottoming out at $945 per FEU on March 2. The rate of $1,308 this week indicates the trade is repositioning itself for the summer-autumn peak shipping season. The East Coast rates are following a similar pattern, peaking at $2,843 per FEU on Feb 2 before the Chinese New Year, bottoming out at $1,933 on March 23 and climbing back to $2,331 per FEU this week.

Carriers front-loaded their new-build vessel deliveries in the first half of 2018. New capacity is expected to peak in July, resulting in a 9 percent increase in global vessel capacity in the second quarter after 8 percent growth in the first quarter, according to Rolf Habben Jansen, CEO of Hapag-Lloyd. Vessel capacity should then grow by low-single digits into 2021, Habben Jansen said.

The surge in capacity in the first half of 2018 will be absorbed somewhat during the July-October peak season. Cargo volumes will drop in November with delivery of the holiday-season merchandise, only to increase again before Chinese New Year 2019, and then the volume will drop in the post-lunar New Year lull. Spot rates should rise and fall in line with those trends, but year-over-year comparisons should be more favorable than they have been the past year.