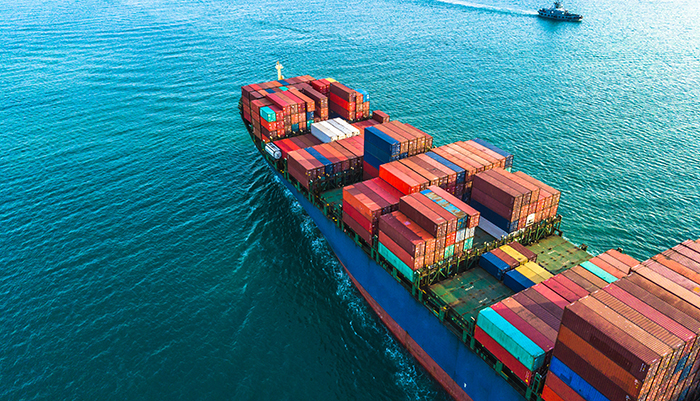 Ocean carriers have deployed extra-loaders to meet the high demand of US importers on the trans-Pacific. Photo credit: Shutterstock.com.

US retailers expect to pull back on imports from Asia in January and February but are expecting relatively strong demand in March and in the meantime are getting slight eastbound spot rate pricing relief during an atypical, late peak-season rush.

Some are predicting a continuation of peak season-like conditions — marked by record high spot rates and space restrictions — not just through the end of the year but continuing until the Chinese New Year holiday beginning in early February (Week 6) as shippers seek to get goods moving prior to the typical two-week shutdown of Chinese factories. Chinese New Year falls on Feb. 5, 2019, and the festival period will extend 15 days to Feb. 19th.

“Imports have usually dropped off significantly by this time of year but we’re still seeing numbers that could have set records in the past,” NRF vice president for supply chain and customs policy Jonathan Gold said. “Part of this is driven by consumer demand in the strong economy but retailers also know that tariffs on the latest round of goods are set to more than double in just a few weeks.”

The NRF expects total retail sales this year to increase 4.5 percent year over year, while holiday season retail sales are expected to increase between 4.3 and 4.8 percent. The strength of post-holiday restocking and how effectively carriers manage ocean capacity in the expected lull following Chinese New Year will determine the extent of anticipated first-quarter weakness in spot rates.

Eastbound trans-Pacific spot shipping rates inched down this week but remain at five-year highs, as the rate from Shanghai to the US West Coast decreased 1.2 percent from the prior week to $2,575 per TEU, while the rate to the US East Coast slipped 0.1 percent to $3,613, according to the Shanghai Containerized Freight Index displayed on the JOC.com Shipping & Logistics Pricing Hub. Underscoring the strength of the market, the year-over-year growth in rates expanded this week, with rates to the East Coast up 88.5 percent while West Coast rates are up 82.5 percent.

The decline week to week appears to be due to the deployment of extra-loaders to meet the increased demand. One large trans-Pacific freight forwarder told JOC.com that spot rates actually fell by $200 as the extra loaders made quick work of cargo that had been rolled and stuck in Asia in favor of higher paying freight. The decline could make it harder for carriers to secure the rate increases they have planned for November 15, the forwarder speculated.

Citing tariff impacts and higher fuel prices, carriers individually and through vessel-sharing alliances suspended three weekly services to the West Coast in June, reducing total capacity about 6 percent, and one to the East Coast, reducing capacity 1.3 percent. Carriers recently announced four extra-loaderswould be deployed during the first two weeks of November. Also, Maersk Line announced it is upsizing two vessels in a trans-Pacific service from 13,568-TEU capacity to 17,816 TEU.

Spot rates to the US East Coast fell less on a week-to-week basis than those to the West Coast, which likely reflects the need for certain importers to ensure their cargo is moving now, as the window for importing from Asia to the East Coast is much narrower than to the West Coast. Shipments from mainland China need to be loaded by mid-December at the latest for West Coast routings and by late November if they are bound for the East Coast.

Retailers and direct importers are taking no chances in guessing whether the Trump administration will or will not implement the 25 percent tariffs on $250 billion of hundreds of product classifications on Jan. 1. Although importers hope the tariffs will be called off or postponed when US President Donald Trump and Chinese President Xi Jinping plan to meet on Dec. 1 in Buenos Aires after the G20 leaders summit, importers can’t wait that long to decide when to ship given lead times of well more than a month involved in ordering, booking, and transporting shipments.

Most Christmas merchandise has already been landed by now to reach store shelves by the Nov. 23 beginning of the holiday shopping season, so continued front-loading of imports through December will involve spring goods and manufacturing inputs. A significant level of front-loading of lawn and garden goods and patio furniture would likely result in a noticeable drop in cargo volumes and freight rates in January unless carriers engage in blank sailings or other capacity-management strategies.