While it is generally accepted that recent peak seasons have been more tame than they had been in the 1980s and 1990s, the 2018 peak could be reminiscent of the those past peaks for a number of reasons. For starters, the rate of growth in peak-season volume from August to November has been accelerating during the last three years, from 2 percent growth in 2015 to 3.8 percent in 2016 and 6 percent in 2017, according to an analysis of data from PIERS, a sister product of JOC.com. With US economic growth at its strongest levels since the Great Recession, it appears that there might still be room for further acceleration. GDP growth of 4.1 percent in the second quarter was the fastest rate of growth since 2014. Another factor that could lead to that acceleration is mounting trade tension between the United States and the rest of the global economy. Retailers rushed shipments in April as rumblings of potential tariffs grew louder, and there are signs they were doing so again in July, as spot rate increases held up better than they have over the last two years. Global Port Tracker in early July forceasted record imports for the coming peak season. Additionally, eastbound trans-Pacific spot rates were up for three weeks before giving up ground; typically, they would decline in the week following a rate increase.

Expect the peak season to be very tight for shippers using the rails. Through June, intermodal traffic jumped 6.7 percent on a year-over-year basis, led by a 16 percent surge in trailer on flatcar, according to the Intermodal Association of North America. The volume of FEU container traffic increased 6.8 percent and 53-foot containers rose 6.2 percent. Union Pacific has already booked its contract slots for domestic boxes in Southern California. Container lessors are entirely or near full booking on equipment commitments to intermodal marketing companies. Even CSX Transportation, which wants to extend its scheduled railroading model to intermodal, will take a methodical approach to not disrupt peak season. After substandard service this winter, many of the carriers are investing capital in leasing locomotives and training new conductors to be ready in the second half, but rail networks remain fragile. Average train speeds are lower than last year and the five-year average, and although dwell times have improved since January, they remain elevated historically. One domino falls and these metrics will deteriorate again, causing chassis shortages and containers to pile up in railyards and distribution centers. Shippers should buckle up for the ride and expect higher rates if they’ve played the spot market in recent years. 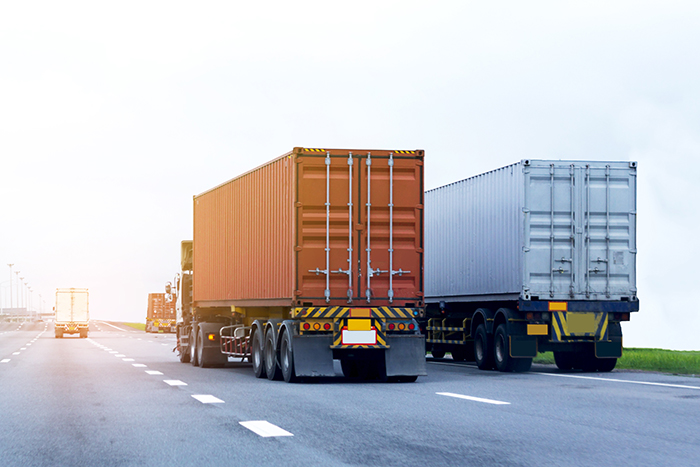 More for door to door

Drayage demand should remain high this peak season. Spot market rates have been at least 20 percent higher year over year and are not expected to ease until cargo volumes wane or the economy slows. Savvy shippers have inquired about dedicated drayage, signing multiyear contracts to guarantee volume in exchange for a truck. Only the largest national companies have the scale to offer this service, but it can be a key differentiator for anxious shippers. Those in Chicago, Dallas, Atlanta, and Memphis must pay careful attention after extensive delays this winter. If containers pile up again, drivers will face long delays in rail terminals and assess detention fees to their shippers. Drivers will be unable to find chassis unless equipment is quickly returned. Shippers of choice understand every minute counts on a regional dray, so shippers will end up in the doghouse by leaving equipment stranded. Trucking companies currently are bombarded with business, so don’t expect the red carpet treatment if shippers provide the carrier only 24-hours notice to schedule a delivery.

About 50 percent, or 5.1 million TEU of the 10.7 million TEU a year that the United States imports from China are exposed to the two rounds of tariffs the Trump administration has announced so far this year. The tariff announcements came amid softening imports. According to PIERS, US East Coast imports in April declined 9.8 percent year over year. Imports declined 0.9 percent in May before increasing 12.5 percent in June. West Coast imports declined 0.1 percent in April year over year and 1.4 percent in May. Imports increased 0.5 percent in June. Shipping industry executives say the June increases could have been an attempt by importers to bring their merchandise into the country before the tariffs took effect. Because purchase orders for the production of holiday season merchandise have already been placed in Asia, the tariffs will probably not have a significant impact on import volumes this year. In the longer term, however, the tariffs could hasten a shift of production away from China to countries not subject to tariffs.

Pain at the bunker pump

US importers in the eastbound Pacific contended with rate volatility in the first half of the year, and the volatility is expected to intensify as the trade enters the peak shipping season. Downward pressure on ocean freight rates this spring because of overcapacity was offset in part by $55 to $60 per-TEU emergency bunker fuel surcharges levied by some carriers to offset rising bunker fuel costs, which are up 50 percent compared with spring 2017. While most beneficial cargo owners pay bunker surcharges based upon a pre-determined index, the emergency surcharges were paid primarily by small and midsize shippers and non-vessel operating common carriers. Shippers also face rising trucking costs following April 1 enforcement of the electronic logging device (ELD) requirement, which reduced truck capacity. Spot shipping rates are now on the rise with the approach of the peak shipping season, up 24 percent to the East Coast and 41 percent to the West Coast since late June. The ability of carriers to maintain the rate hikes will depend largely upon how successful they are in matching capacity with demand in August through October. Carriers are anxious to recoup some of the money they lost this spring in what turned out to be a disappointing service contracting season. Contract rates for steady customers ended up at $1,100-1,200 per FEU to the West Coast (down from about $1,200-1,300 last year) and $2,1,00-2,200 per FEU to the East Coast (down from $2,200-2,300 last year). Carriers had entered the spring discussions hoping to negotiate higher contract rates. 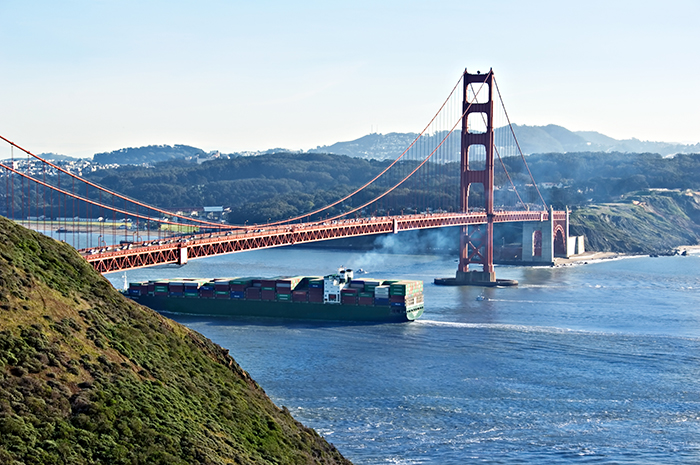 The three major alliances — 2M, Ocean, and THE Alliance — each announced a suspension of a weekly service to the West Coast effective July-August. Suspension of the services will reduce total weekly capacity from Asia to the West Coast by about 6 percent. The 2M Alliance plus independent carrier Zim Integrated Shipping Services in September will reduce their weekly services to the East Coast by one string effective next month, reducing weekly capacity by 1.3 percent, according to Alphaliner. When the year began, capacity in the Pacific was projected to increase 8 to 9 percent, with import growth estimated to be 5 to 6 percent. Ocean carriers are attempting to bring supply and demand into balance by August in an attempt to prop up spot rates during the peak season. The next key development in the peak season will be when vessel utilizations approach 100 percent and shipments must be rolled to subsequent voyages. Rolled cargo usually results in immediate spikes in spot rates. While there were early reports of some rolled cargo by a couple of carriers in July, incidences of overbooked vessels must be widespread in order to push rates up dramatically. 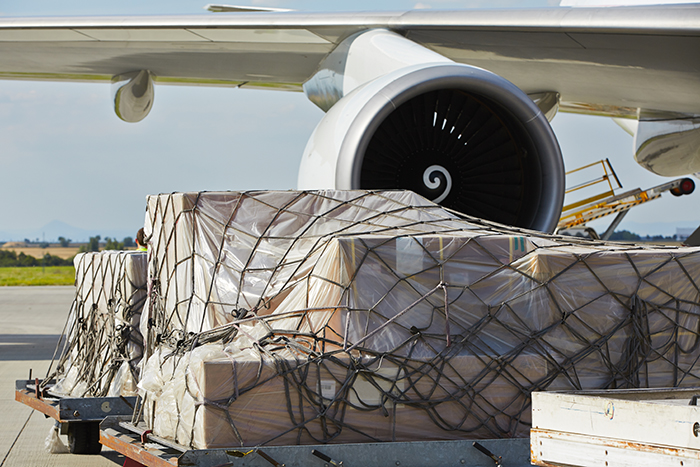 Air cargo carriers and forwarders expect the available capacity to again come under pressure in the 2018 peak season as a result of improving economies and soaring growth in time-sensitive e-commerce trade and perishables that rely heavily on air. This will be felt most acutely on the trans-Pacific and Asia-Europe routes where at the end of 2017, and even right up to Chinese New Year, space quickly filled up and rates per kilogram reached double figures. Being able to accurately forecast air freight needs during the peak season will generate significant savings for shippers, so the advice from carriers and forwarders to shippers with visibility over their requirements is to book their air cargo early and lock in freight rates as soon as possible to guarantee space that will certainly tighten in the last quarter. 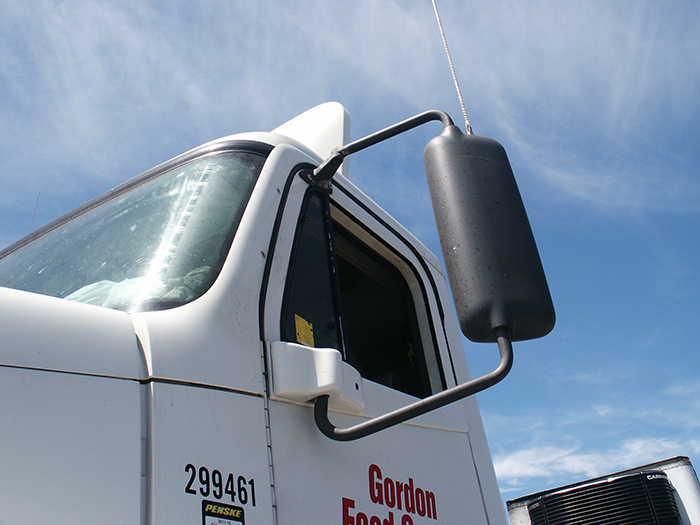 As freight demand nears its peak, US businesses are feverishly working to become “shippers of choice” to ensure they can get trucks when they need them. That means not only being “carrier friendly” when it comes to such practices as tendering and payment, but “driver friendly.” Companies that delay or inconvenience truck drivers, detaining them at docks for hours, are finding it harder to get a truck and seeing rates skyrocket. That’s because drivers hold unprecedented market power in 2018. They’re in high enough demand they can refuse a load from a shipper that refuses them use of a toilet. Shippers are implementing plans to ease access to facilities, reduce dock delays, drop and hook trailers, and provide better amenities for drivers, but transformations don’t happen overnight. Those late to the “shipper of choice” table in this peak shipping season will find fewer trucks available at a higher price. 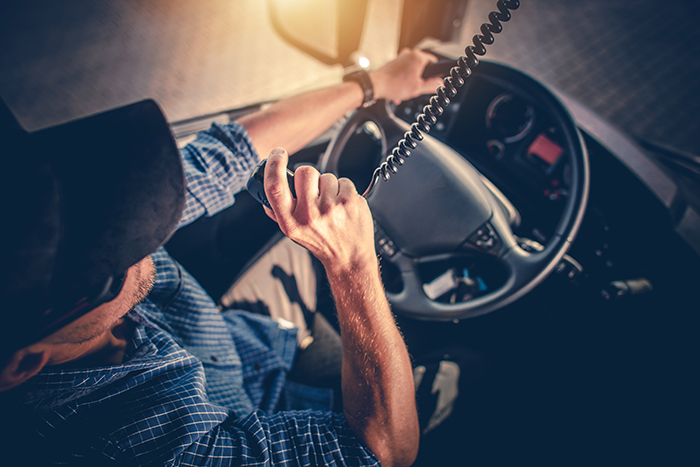 In the United States, extremely tight truck capacity is as much about displacement of trucks and truck drivers as about shortages. The surge in freight demand that began last autumn has overtaken shippers’ ability to source capacity and promises a difficult peak shipping season. The ELD mandate in the United States has made the crunch worse by leading to longer transit times and often leaving drivers and equipment hours short of where they thought they’d be, or where shippers need them. There are more tractor-trailer drivers in the United States than ever before, but as a percentage, probably fewer of them work for large for-hire, over-the-road truckload carriers that move high volumes of freight. That’s pushed shipments into the more expensive spot market, where prices are up 20 to 30 percent from 2017. Increases in truckload and less-than-truckload contract rates followed. Hiring more drivers is one key to unlocking capacity. Trucking companies are raising wages, but shippers also need to invest in technology that better matches “hidden” capacity with projected freight demand.