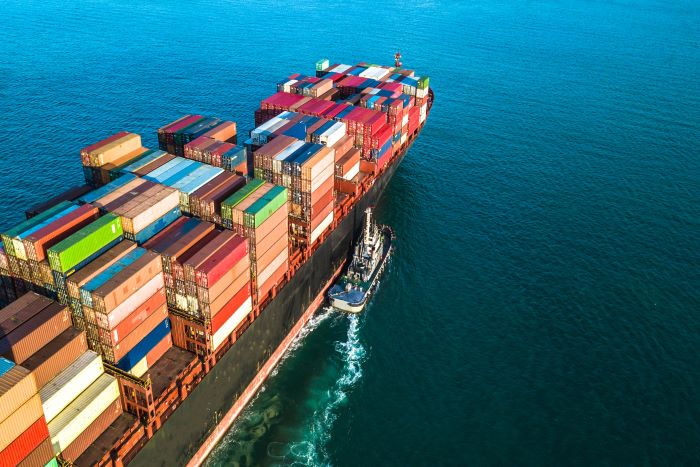 For some backhaul shippers, the problematic issue is that a substantial increase in their freight rates might undermine their profitability as their commodities are often not nearly as valuable as headhaul commodities. Photo credit: Shutterstock.com.

Any discussion pertaining to rate levels tends to draw multiple opposing views depending on whether it’s being seen through the lenses of carriers or a variety of different shippers — especially as we are slowly nearing the annual contract negotiation season for the Pacific. Nonetheless, it is of interest to look into an aspect of headhaul rates versus backhaul rates as the discrepancy significantly deviates from the structural market imbalance.

But is it true that such a de-facto subsidy exists? And how to measure it?

As with all analytics, this hinges on the data available as well as the method applied to analyze the data. The heart of the matter is quite simple. There are more containers being shipped eastbound than westbound on the Pacific. The vessels, as well as the containers themselves, naturally have to be moved for a full round trip. Therefore, this opens up a discussion in terms of who should “pay” for the cost of the empty slots as well as empty containers on the backhaul.

This split can be tested by calculating the revenue received in either direction based on the spot rate indications from World Container Index (WCI). Using this as a data source, it turns out that 89% of the round-trip revenue comes from the headhaul cargo and only 11% from the backhaul cargo.

It is therefore clear that the price being paid by the headhaul shippers covers significantly more than their own cargo, as well as the return of empty containers and vessel slots, whereas the backhaul shippers are not — proportionally speaking — covering their full shipments.

It is then possible to calculate the difference between the theoretically balanced split — a revenue share of 79% — and the actual split of 89%. This leads to a result of $1.6 billion annually — meaning headhaul shippers de facto subsidize backhaul shippers by that amount each year under current market conditions.

A matter of market dynamics

At this point, there are a number of caveats the savvy reader will be able to note. The analysis is based on the spot index rates as they are the only credible index rates available on a comparative basis in both trade directions. Contract rates can well deviate from spot, and hence call the specific number into question. But this argument is equally valid in both directions, and while it might change the exact level of the number, it also appears unlikely to change the conclusion in itself. Significant rate differences abound, especially among different backhaul shippers, and hence the conclusion is an overall average not necessarily applicable for each individual shipper.

That this is the state of affairs in the market is in itself not surprising, but should give rise to some reflection in terms of market dynamics.

As headhaul shippers account for a disproportionately large share of the round-trip revenue, this naturally also leads carriers to increasingly optimize their commercial and operational processes around this fact. This in turn leads to operational decisions, such as inland equipment availability, which are detrimental to a range of backhaul shippers. While such a development is clearly not in favor of backhaul shippers, it can also be seen to be the logical outcome of a market structure wherein the revenue is disproportionately coming from the headhaul market.

For some backhaul shippers, the problematic issue is that a substantial increase in their freight rates might undermine their profitability as their commodities are often not nearly as valuable as the headhaul commodities. And while this is indeed a valid concern for some, the mathematical reality is that the rates they are currently enjoying are only possible due to the de facto subsidies achieved from the headhaul. As such, they should anticipate that future operational efficiencies from the carriers will continue to favor the headhaul cargo and not the backhaul.

The theoretical — and completely unrealistic — way to change that dynamic would be for the backhaul carriers to collectively increase their freight payments by $1.6 billion per year and hence in terms of freight contributions be on an equal footing with the headhaul cargo.

Incidentally, the same type of calculation can be performed on the Atlantic trade, with the conclusion being that backhaul shippers are de facto subsidized by $1 billion annually.