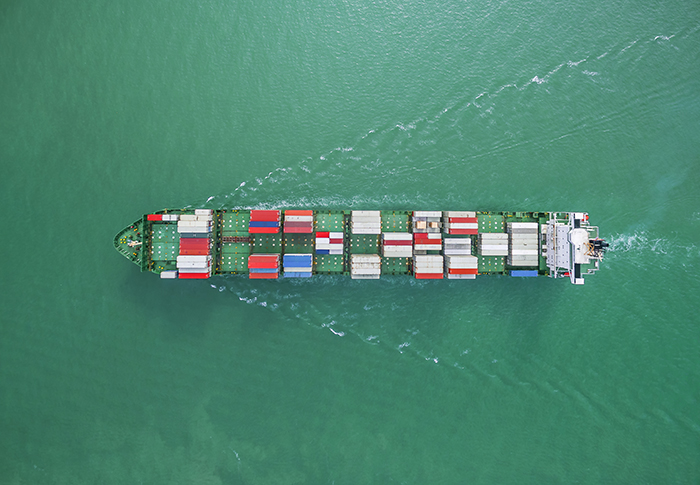 Spot rates that are higher and fluctuating less than last year will cushion the gains carriers made in annual trans-Pacific contracts.

With trans-Pacific service contract rates to the West Coast settling in at about $1,200 to $1,300 per FEU, and the likelihood of spot rate increases during the summer-fall peak-shipping season, industry experts expect that carriers in 2017 will achieve at least a break-even status after six years of losses.

“Service contract rates to the West Coast are at or slightly below break-even. Carriers will rely upon spot rates during the peak season to return to profitability,” Bill Rooney, vice president of strategic development at Kuehne + Nagel, told the Propeller Club of Los Angeles-Long Beach Tuesday. After a good first quarter, container lines are set to turn a profit of $1.5 billion this year, according to maritime analyst Drewry Shipping Consultants.

Defining break-even rates for carriers is an imprecise science because carrier costs vary owing to the economies of scale some carriers achieve by deploying larger ships than their competitors, some carriers’ access to subsidized capital, and varying terminal costs depending upon carrier relationships with terminal operators. Former carrier executives Ed Zaninelli and Bill Woods in May estimated break-even rates to the West Coast to be $1,200 to $1,300 per FEU. Some industry executives define break even as $1,500 to $1,600 per FEU, which sometime invites a response that those carriers should get their costs under control.

Making profitability all the more likely, spot rates in the eastbound Pacific this year have been running 30 to 60 percent higher than at this time last year. In a separate correspondence, Zvi Schreiber, CEO at logistics technology company Freightos, noted that West Coast spot rates have remained in a narrow band, deviating only 5 percent from the average price from March through May. That compares with a 30 percent variance last year during the same period. However, although spot rates will likely increase during the peak season, this year there will be a “lower tolerance for high pricing” owing to chronic overcapacity in the trans-Pacific, Schreiber said.

Service contract and spot rates on all-water services from Asia to the East Coast are usually about $1,000 higher than to the West Coast. The East Coast service contract rates this year are estimated to be about $2,200 per FEU, with a variance of about $100 to $200 from the average, either higher or lower, depending upon the size of the shippers.

Spot rates and service contract rates this year are noticeably higher than the record-low rates in effect in early to mid-2016 before Hanjin Shipping filed for bankruptcy on Aug. 31. Those rates of about $750 per FEU to the West Coast and $1,500 to the East Coast will probably not be revisited for years to come.

Carriers last year grappled with significant overcapacity. Although additional capacity is entering the global container trades this year, an unexpectedly strong first quarter could negate any increase in capacity. According to Alphaliner, global container volume in the first quarter increased 5.8 percent, while the active fleet capacity increased 4.8 percent. Going forward, Rooney noted that vessel deliveries in the next few years will be much lower than in recent years, based upon the lean order books at most shipyards.

US imports from Asia are expected to remain strong. Hackett Associates, which publishes the monthly Global Port Tracker with the National Retail Federation, projects that US containerized imports in the first half of 2017 will be 7.3 percent higher than in 2016. Mario Moreno, chief economist for IHS Markit and JOC.com, projects that imports for the calendar year will increase about 6 percent from 2016.

The Hanjin bankruptcy at the beginning of the 2016 peak season was a game-changer in the trans-Pacific as the 7 percent of total capacity in the eastbound Pacific it controlled disappeared basically overnight. Although other carriers eventually replaced much of Hanjin’s capacity with extra-loader ships, beneficial cargo owners (BCO) as well as carriers were so shaken by the bankruptcy, and a fear that other lines could follow down the same path, that the trade accepted the need for compensatory freight rates. The fourth quarter helped carriers to turn the corner on what was shaping up to be a year of global losses totaling $10 billion. Rooney estimated that carriers by the end of 2016 recorded about a $3 billion to $5 billion loss.

Rooney said the Hanjin bankruptcy, and five carrier mergers or pending mergers since last year, have reduced the larger carriers in the trade to 13 from 20 the year before. Speculation continues about other possible mergers or takeovers, and Rooney envisioned a scenario where there will eventually be eight global carriers left, four in Asia and four in Europe.

Another recent event, the April 1 shotgun start of the new global vessel-sharing alliances, which reduced BCO choices from four alliances to three, possibly also figured into a more conservative approach toward pricing this year. However, Schreiber noted that the actual impact of the alliances since April 1 has been less than anticipated, owing in part to the presence of four non-aligned carriers that are competing for customers. “Non-aligned carriers will likely act as a restraint against price increases,” he said.

Rooney added that even though the number of alliances has been reduced from four to three, the individual member lines continue to compete for business. “You still have 13 sales forces that want your business,” he said.

Eastbound spot rates increased last week for the first time in a month, with the Freightos index reporting a West Coast increase of 0.9 percent and an East Coast increase of 2.2 percent, but Schreiber warned against reading too much into a single weekly event. “As for this week’s small increase, we’re likely looking at a minor ripple following May’s public holidays — Memorial Day in the US and Dragon Boat Day in China.

Therefore, with the 2017-18 service contracts now set, any price movements this summer and fall will take place mostly on the spot market. When back-to-school merchandise begins to move next month, followed by the holiday merchandise during the late summer-fall peak season, spot market rates will increase. Schreiber said that given the continued overcapacity in the Pacific, though, increases will be modest.

Nevertheless, according to Rooney, with service contract rates covering much of the trade at or slightly below break-even, a strong peak season with accelerating spot rates could bring the carriers back to profitability for the first time since 2010.