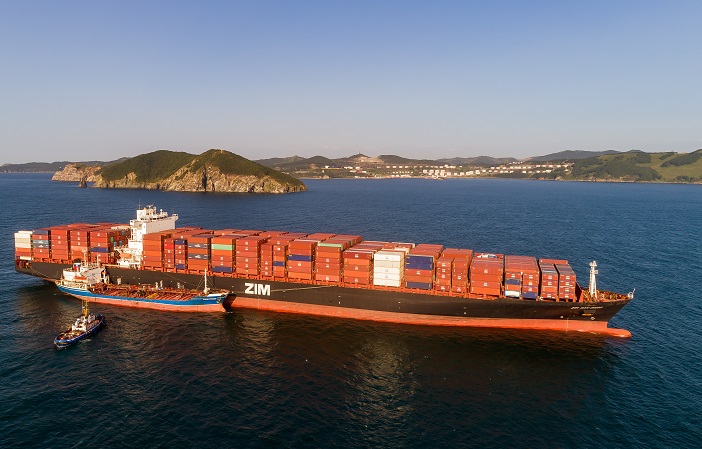 The reduction of capacity of about 2,600 TEU weekly through the revised services, from six to five strings and launching Sept. 12, is less than anticipated, with ships on four of the five loops having average vessel capacity of more than 8,000 TEU. Photo credit: Shutterstock.com.

The launch of the partnership between the 2M Alliance and Zim Integrated Shipping Services later this month will further reduce capacity from the trans-Pacific to the US East Coast, but it’s less than originally feared, giving slight relief to shippers scrambling to find capacity this peak season.

The reduction of capacity of about 2,600 TEU weekly through the revised services, from six to five strings and launching Sept. 12, is less than anticipated, with ships on four of the five loops having average vessel capacity of more than 8,000 TEU. Responding to high bunker prices and tariff concerns, carriers, individually and with their vessel-sharing alliance partners, cut capacity in June, with 6 percent removed on routing to the West Coast and 1.3 percent to the East Coast.

Spot rates on the Eastbound Pacific have edged down this week after a run of five weeks of increases, and are now up more than 50 percent since mid-June. The spot rate to the East Coast fell $12 to $3,329 per FEU. The West Coast rate per FEU was $2,126, up $40 on the week before, and more than 40 percent above the figure in June, according to the Shanghai Containerized Freight Index, as published under the JOC Shipping & Logistics Pricing Hub on JOC.com. Higher fuel prices, up 40 percent from a year ago, also factor into the elevated spot rates.

Loops on the trade

A Maersk Line spokesperson said in July that on the four strings operated by 2M from Asia to the US East Coast, Zim will have a fixed capacity allocation, and vice versa for one of the strings Zim will be operating. Some of the capacity will be via slot exchange and some of it will be slot charter, but in contrast to the HMM strategic partnership, 2M will not be operating Zim vessels and neither will Zim be operating any 2M ships.

The loops will originate in Singapore, Malaysia, and South Korea, before visiting some of several East Coast ports, among them New York, Savannah, and Norfolk. Southeast Asian exporters will see a new direct service between Laem Chabang port, Thailand, and US East Coast ports as far as New York. The revised network will include calls at Colombo to facilitate shipping opportunities for cargo from nearby India, Pakistan, and Bangladesh.