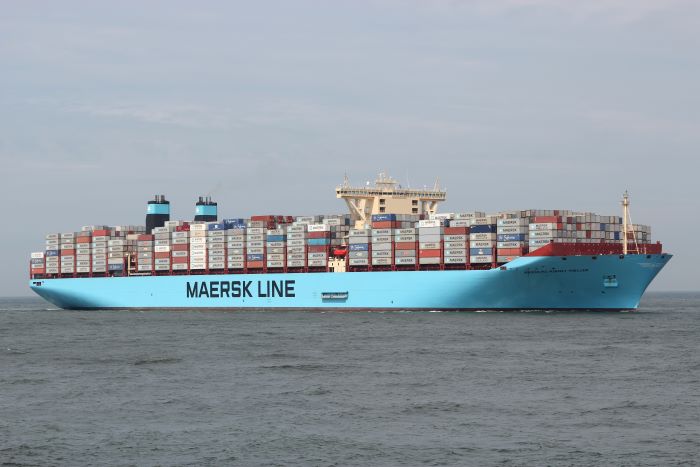 Maersk’s head of sales for East Coast South America said the carrier is blanking sailings “to avoid rapid rate deterioration as seen in the past.” Photo credit: Shutterstock.com.

That comes even as currency devaluations by both Brazil and Argentina to Asia are boosting exports, particularly of reefer cargoes, fueling an imbalance in container volumes on east and westbound legs.

Singapore-headquartered carrier Pacific International Lines withdrew about 50 percent of its weekly capacity from the end of April to this week, a senior shipping executive told JOC.com.

“From what we’ve seen of our competitors, total capacity on the ECSA-Asia trade has been reduced by around 34 percent,” the executive said.

Gustavo Fonseca Paschoa, Maersk’s head of sales for East Coast South America, told JOC.com the carrier is “blanking sailings to avoid rapid rate deterioration as seen in the past.”

“The main demand challenges faced on the trades are related to imports into Brazil and Argentina whose economies are heavily affected by the COVID-19 crisis,” Paschoa said.

But James Frew, director of research at Maritime Strategies International (MSI), said carriers are unlikely to be able to make deeper cuts in services.

“Relatively stable Latin American exports to Asia in the second half of this year means that there is limited scope for service blankings, even as the backhaul trade — imports to Latin America — collapses,” he said.

Ocean Network Express (ONE) confirmed it is operating a full schedule of weekly services from the East Coast South America to Asia in July, according to its latest sailing schedule published Friday.

Outlining the issues faced by South American economies, the senior shipping executive said, “We are not seeing demand returning to normal levels. Brazil and Argentina are struggling quite a bit. Their GDP expectations are not good at all. My feeling is the downturn is going to persist until the end of this year.”

Brazil has forecast its gross domestic product will contract 8 percent this year, the sharpest fall since at least 1990, the Economy Ministry said. Argentina has seen GDP contract nearly 2 percent so far this year.

“Latin American economies were hit later by the virus than say, Europe and North America, and therefore locked down later — if at all, in the case of Brazil,” Frew said.

Rates from Asia to East Coast South America have “fallen like a stone” to about $700 per container from about $1,200 earlier this year, with the possibility of further fall to $300 per box, the shipping executive said. That is despite some carriers, including CMA CGM, introducing a general rate increase from Asia to the East Coast South America of $600 to $1,000 per box in May. Hapag-Lloyd announced a further general rate increase of $300 per container from June 15.

One carrier said it has seen volumes to the East Coast fall 30 percent compared with its original forecast for this year. But illustrating how the East Coast South America-Asia market is a tale of two trade lanes, while the trade as a whole is depressed, exports from the East Coast of South America, particularly Brazil, to Asia, are booming, creating a headache for carriers trying to balance capacity.

He forecast volume growth of 3.8 percent between Brazil and Asia this year.

MSI’s Frew said he expects to see East Coast South America exports to Asia rise by about 5 to 7 percent in the next few months relative to April data, “while full year growth will be more around 3 percent.”

Despite the downturn in westbound volumes, PIL is optimistic about the outlook for the next few months. “Because the third quarter is the traditional peak period for ECSA, it is expected that cargo volumes will start to improve for the July-September period,” a spokesperson for the carrier said. “Local retail businesses are slowly resuming, and stock replenishment plans are in the pipeline.”