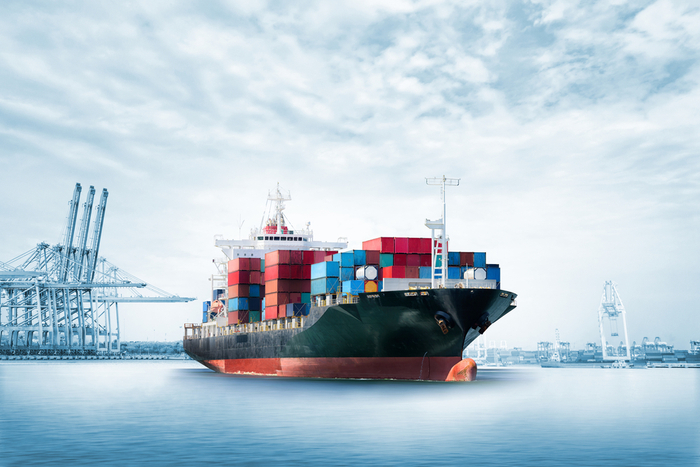 The chief lesson going forward is that the reliance by retailers and manufacturers on a China-plus-one strategy is too risky, an economist warns. Photo credit: Shutterstock.com.

The lasting impact of COVID-19 on the US container trade will force US ports to position themselves for more diverse trade lanes, somewhat smaller vessels, and accelerate the shift of imports away from the West Coast as retailers increase sourcing in Southeast Asia, according to port directors and industry analysts.

Although 12,000-14,000-TEU vessels will remain the workhorses in the eastbound trans-Pacific, expanded sourcing in Southeast Asia, the Indian subcontinent, Latin America, and possibly Africa will require the deployment of 8,000-10,000-TEU ships. Ports in developing countries are best suited for those vessels, and their deployment could mean more opportunities for second-tier US ports to serve niche markets.

The chief lesson going forward, from the United States-China trade war, which has resulted in a significant drop in imports from China, to the coronavirus disease 2019 (COVID-19), which caused extended factory shutdowns in that country, is that the reliance by retailers and manufacturers on a “China-plus-one strategy” is too risky, said Paul Bingham, director of transportation consulting at IHS Markit. Retailers for the past two decades sourced most of their merchandise from factories in China, but also sourced a small portion of their imports from another country in case there were problems in China.

Now, retailers may spread out their sourcing in multiple countries in several different regions, Bingham indicated. “Trade will be less concentrated and more diffuse, with fewer single points of failure,” Bingham told JOC.com this week. A China-plus “three or four strategy” is less risky, he noted.

Lars Jensen, CEO of Sea-Intelligence Maritime Consulting, said the heavy dependency of retailers and  manufacturers on 15,000 TEU-plus vessels linking a handful of gateways in North Asia with a limited number of ports in North America will lessen over the next two decades.

However, it remains to be seen whether larger ports will gain ground at the expense of their smaller counterparts. To cut costs, container lines could consolidate calls around larger ports, but they also may keep their services to smaller ports if their total cost, which includes inland transit and port tariffs, is competitive.

“I believe the larger ports will be the winners and those that have capacity to absorb volume,” Griff Lynch, executive director of the Georgia Ports Authority, told JOC.com. Even so, carriers will refocus their networks, whether by dropping port calls or merging strings, resulting in fewer total calls, said Lynch, who has no doubt the 37 to 38 weekly ships calls at Savannah will fall.

“Supply chain dispersal will become more pronounced,” Jensen said. Although the mega-ships will still serve the highest-volume trade lanes linking North Asia with Europe and North America, carriers should direct future orders toward somewhat smaller vessels that are better suited to the ports and infrastructure in faster-growing regions such as Central and South Asia, Latin America, and sub-Saharan and North Africa, Jensen told a JOC.com webcast last month.

The message that US ports both large and small should take from the diversification of supply chains is that they must review their strategic plans to make sure their marketing efforts with retailers and relationships with carriers are focused on the trade lanes that offer emerging opportunities for growth, Bingham said.

China’s loss of market share of US imports in the past two years has been staggering as the two-year-old US-China trade war and the destruction of consumer demand in the US from the COVID-19 lockdown has shifted some sourcing to other Asian nations. China in the first quarter accounted for 34 percent of the US containerized trade with the world, according to PIERS, a JOC.com sister company within IHS Markit. That was down from 41.9 percent in Q1 2019, and 46.2 percent in Q1 2018.

So far, much of China’s lost market share has shifted to other Asian nations. US containerized imports from China in the first quarter declined 21.5 percent from Q1 2019 as sourcing from US companies gravitated elsewhere. US imports from Asia, with China excluded, increased 12.2 percent, according to PIERS.

As US imports gravitate to South Asia, East and Gulf Coast ports are better suited geographically for the trade volumes that move via all-water services transiting the Suez Canal. Containerized imports from Asia in Q1, excluding China, increased 16.2 percent to the East Coast, 29 percent to the Gulf Coast, and 8.8 percent to the West Coast, according to PIERS.

China’s production will increase over the next two years

Despite the talk of alternative sourcing, China is by far the largest producer of consumer merchandise and manufacturing inputs in Asia, has the most developed infrastructure in the region, and has the most extensive liner services, said Gene Seroka, executive director of the Port of Los Angeles.

“The China trade was built on 35 years of growing relationships,” Seroka told JOC.com.

In fact, when consumer demand in the US begins to return to normal, probably next year, China, with its factories that are operating nowhere near capacity, will be able to ramp up production much faster than other Asian nations are capable of doing, Bingham said. He sees China growing its market share in the eastbound trans-Pacific in 2021 and 2022 while other Asian nations gradually expand their factory sector. China’s resurgence will be over by 2023, Bingham said.

“Going backward on ship size? That’s a hard sell,” he said. The economies of scale of 12,000-14,000-TEU ships are too compelling. “We’ve always said the 14,000-TEU ships on fixed weekly services are the most efficient,” Seroka said.

John Wolfe, CEO of the Northwest Seaport Alliance, said ports that are prepared to handle a variety of vessel sizes will be best positioned for a dispersal of volumes across multiple trade lanes. The Seattle-Tacoma port complex is already handling a mix of vessel sizes — from the highest-volume North Asia trade lanes to the smaller domestic trades of Alaska and Hawaii and everywhere in between.

“It’s really important that we have terminals in our harbor that can handle it all,” he said.

As multiple trade lanes emerge between North America and Asia, the Indian subcontinent, and Latin America over the coming decade, opportunities may also grow for US ports such as Boston, Philadelphia, Wilmington, Jacksonville, and Miami to attract niche services. Still, the debate about the impact of trade-lane dispersal on North American ports is just beginning.

Larsen said that while supply chains will be much more diverse and fragmented, “networks will have fewer services and more transhipment compared to today.”

Lynch sees cost pressures forcing more cargo through the major gateways. “Everybody in the supply chain is in a cost-cutting mode,” he said. “I don’t see why ocean carriers couldn’t be looking at figuring out how to reduce port calls.”

The COVID-19 crisis and talk of dispersing supply chains away from China means more, not less, globalization, and that means new opportunities for ports and carriers, according to Bingham. “Globalization is not over,” he said. “It will just look different.”